Lush: U.S. takes nothing for granted in clinching Olympic berth 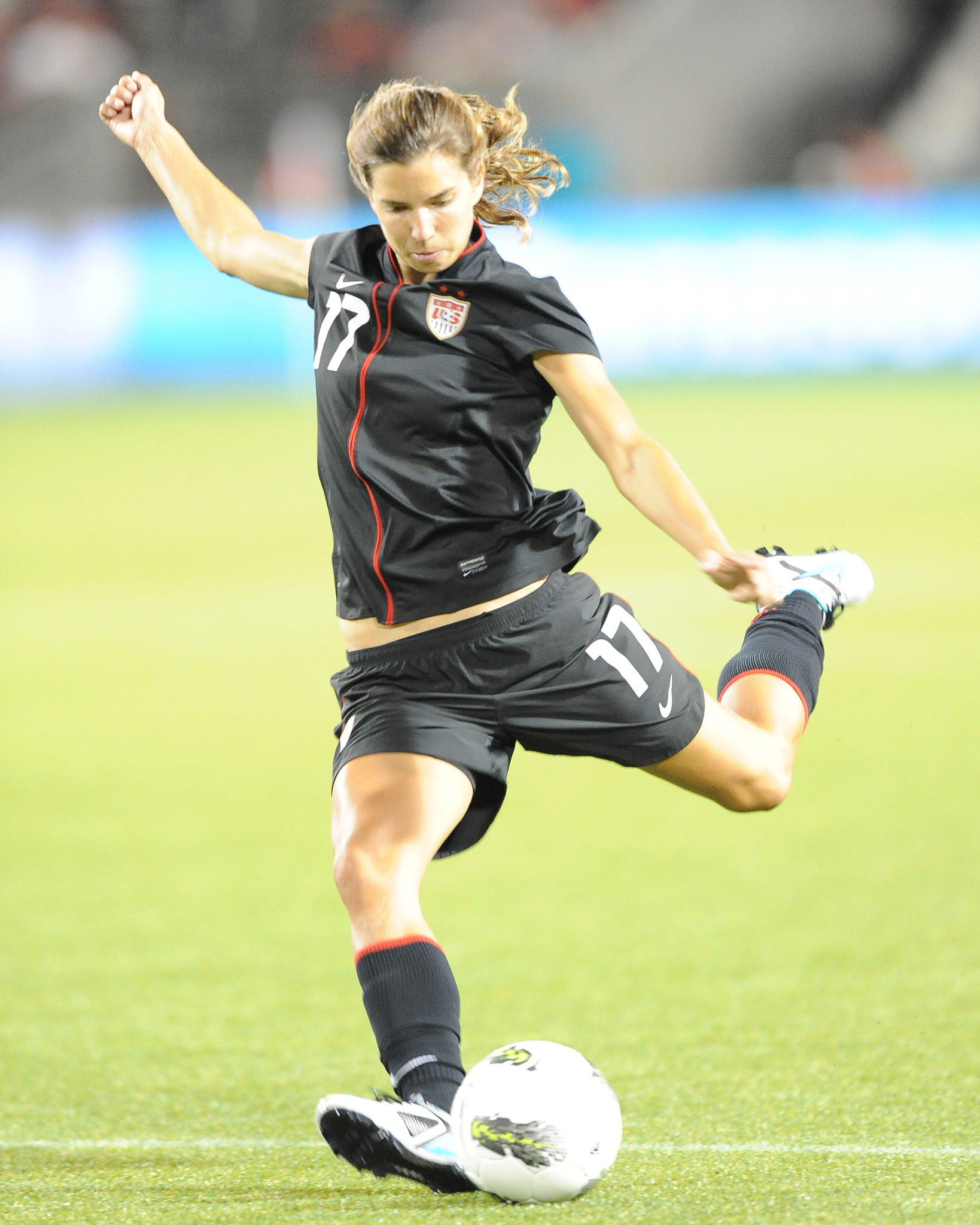 Tobin Heath had the eventual game-winning goal in the 16th minute of the USWNT's 3-0 win over Costa Rica on Friday. With the win, the U.S. women advance to the Olympics looking for a third-straight gold medal. (Photo Credit: Patricia Giobetti | http://www.printroom.com/pro/psgiobetti)

Not an Olympic berth, not that you will be healthy enough to play, not that the coach will insert you into the game.

When you don’t allow yourself to assume your dreams will naturally become reality, nerves come to the surface and emotions rule.  Such was the case Friday evening at BC Place, where the United States qualified for the 2012 London Olympics with an uneven yet ultimately gratifying 3-0 victory over Costa Rica in the CONCACAF Women’s Soccer Olympic Qualifying semifinals.

“I always say that I respect our opponent,” U.S. head coach Pia Sundhage said following the win.  “You can’t take anything for granted.  We’ve scored a lot of goals but Costa Rica came out and played well, but they also played hard and smart.”

Having recorded 31 goals during the three-game group stage of the tournament, the U.S. looked like it would continue its offensive onslaught when it opened the scoring in the 16th minute.

After Kelley O’Hara won a corner, Lauren Cheney drove the ensuing kick to the back post where midfielder Shannon Boxx headed it down in front of Erika Miranda.  The Costa Rican goalkeeper swiped at the ball popping it to Tobin Heath who nodded it into the goal from two yards out at the near post.  The goal was Heath’s second of the tournament.

But the early tally did not quiet the USA’s nerves.  Instead it awakened the Costa Ricans’ urgency.

Knowing they could not afford to fall further behind, Costa Rica took the game to the Americans, stringing together a trio of dangerous chances midway through the first half.

The first came in the 20th minute when Fernanda Barrantes took advantage of Rachel Buehler’s misclear to unleash a low shot on goal.  U.S. goalkeeper Hope Solo dove to her right to snag the ball.

Solo, who suffered a slight quad pull during Tuesday’s 4-0 blanking of Mexico, was uncertain to start in the semifinal and only received a doctor’s clearance a few hours prior to the start of the match.  In the 25th minute, she showed no ill effects of the injury when she charged off of her line as Raquel Rodriguez ran onto a chip over the U.S. back line.  Solo dove to block Rodriguez’s offering and keep the USA’s 1-0 lead intact.

Three minutes later, with Costa Rica still exerting offensive pressure, the U.S. had only the woodwork to thank.  An attempted clearance fell to the feet of Costa Rica’s Carol Sanchez.  Her powerful right-footed blast from 35 yards out ricocheted off the upper left corner of the goalframe.

“With the backline consistently changing through the tournament, that’s going to happen,” U.S. captain and center back Christie Rampone said.  “We just had to stay within ourselves and staying composed and not panic over a misclearance or a ball not going where you want it to.”

While the U.S. weathered the Costa Rican storm, it took until well into the second half for the Americans to command a firm grasp of the game.

In the 72nd minute, Abby Wambach received the ball alone on the left side of the penalty area.  Shifting the ball to her favored right foot, Wambach teed up a shot at Miranda, who was seeing her first action of the tournament.  The Costa Rican goalkeeper stabbed at the ball, absorbing some of the force behind Wambach’s shot but the ball remained on a flight path into the goal until defender Daniela Cruz rushed to save it off the goalline.

Cruz’s save, however, just gave Wambach another opportunity to create havoc as the ball came right back to her.  The U.S. forward nodded a pass back to midfielder Carli Lloyd at the top of the penalty area where Lloyd rifled a left-footed shot into the lower right side of the net. Lloyd has now recorded a goal in each of the USA’s four matches in the tournament and has six overall on the year.

The USA’s final goal came courtesy of a player who was none too happy following Tuesday’s win over Mexico.  Alex Morgan, at just 22 years old, has already made a name for herself by coming off the bench to score big goals: first against Italy in the do-or-die home-and-away series to qualify for the 2011 FIFA Women’s World Cup and then in the World Cup semifinal and final.  Tuesday, Sundhage left her on the bench in favor of the even younger 21-year-old Sydney Leroux.

Following the game, Sundhage asked Morgan how she felt about her decision to turn to Leroux.

“I don’t think you want to know,” Morgan replied.

So when Morgan, who entered the game as a second-half substitute, received the ball on the left flank in the 89th minute, she sought to stamp the moment.  Dribbling into the penalty area with a pair of defenders harassing her, Morgan took a shot that glanced off Sanchez.  Out-hustling her Costa Rican counterparts, Morgan reached the loose ball first and flicked it with her left foot into the goal to finish the scoring.

“No matter what the scoreline is, I think everybody felt the immense not pressure but just how big that game was,” Wambach said.  “In the first half, we scored a goal but I think there were moments when Costa Rica was outplaying us.  It just shows you how important it was to all of us.  Nobody wanted to make a mistake and luckily we didn’t.”

Knowing and playing like nothing was assured, the U.S. achieved what it had set out to do: qualify for the 2012 Olympic Games where another dream will have to be earned.

The U.S. will face Canada, 3-1 winners over Mexico in the second semifinal, in Sunday’s CONCACAF Women’s S0ccer Olympic Qualifying final at BC Place.  The championship match will be televised live on NBC Sports Network at 8pm ET / 5pm PT and re-aired on the Universal Sports Network at 11pm ET.

Ms. Clutch: Sinclair lifts Canada to Olympics in 3-1 win over Mexico
You Decide: Wambach or Sinclair?