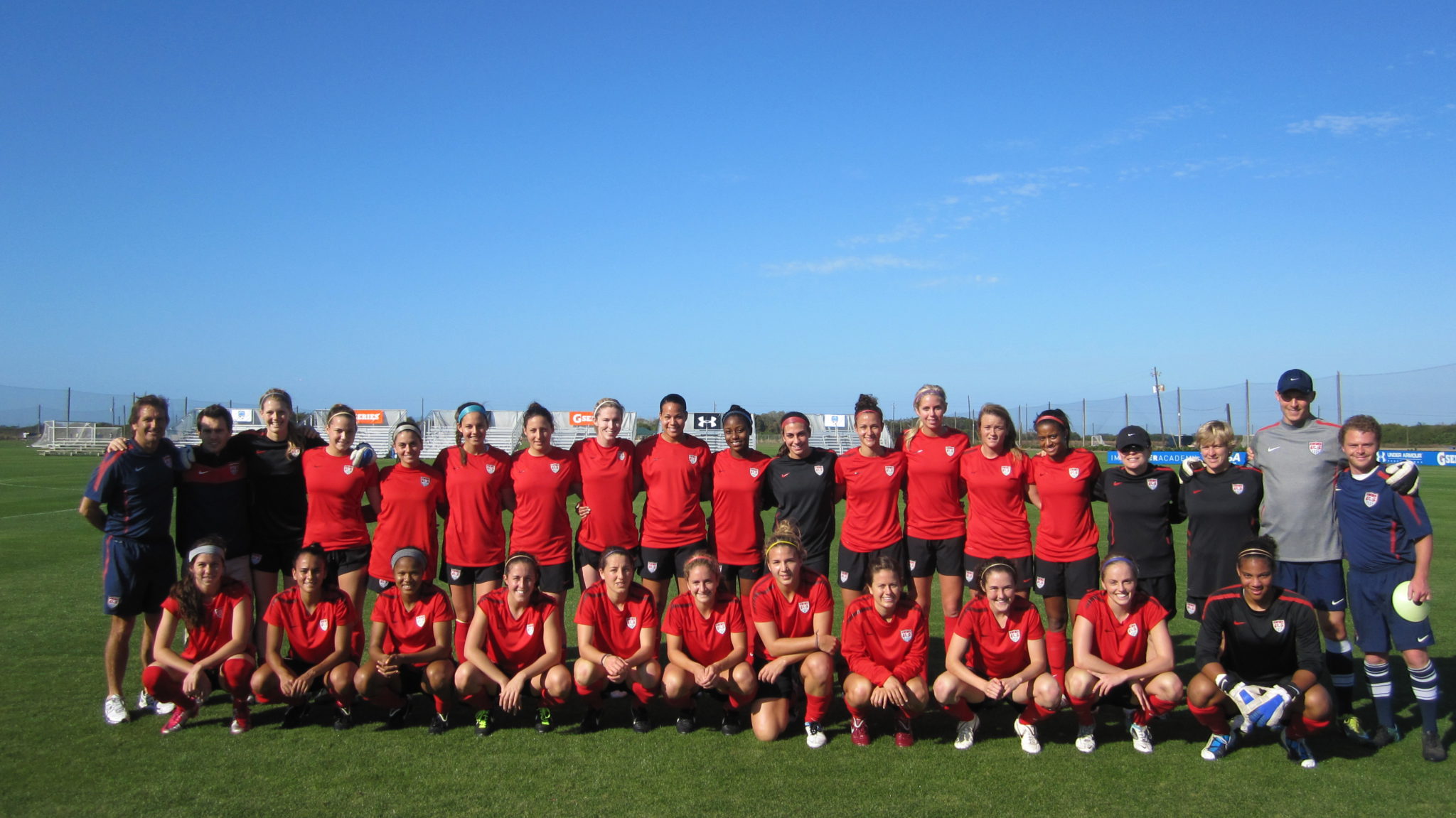 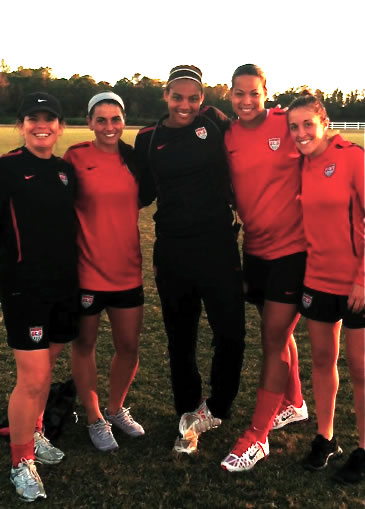 Hey everyone, rookie blogger on board! I’m Amanda DaCosta, new member of Sky Blue FC and Florida State University alumna. I’m new to blogging so bear with me as I get the hang of this. I’m excited to share with you my journey through my second WPS season! It’s going to be a lot of fun, and you all will get some insider information behind all of my travels and soccer endeavors.

Lets jump right in, shall we?

On Sunday January 15, 2012, a group of 24 young women arrived in Sarasota, FL for the first U23 Women’s National Team camp of the year! I’ve been getting a bunch of tweets from people wondering about National Camp and what exactly goes on during a week of training with the team. Never fear, I am here to answer your questions!

Camp is usually pretty rigorous. We generally have two practices a day, once in the morning and once at night, with some scrimmages mixed in throughout the week. The first couple training sessions are always a very high intensity. Everyone is pumped to be here and to get the opportunity to train with some top-notch players, so bringing your “A” game to the table is a must. After about only a day and a half, soreness already sets in. I don’t know if it’s just me in my old age (22), but camp definitely takes a toll on your body! It is important to take care of yourself in between training sessions to keep you going strong throughout the week. They take very good care of us here at camp and try to make it as easy as possible for us to take care of ourselves. This includes everything from eating right, stretching, taking time off of your legs, and of course some mental relaxation (nap time).

For this particular camp we had a couple of scrimmages lined up for the week against some local boys teams. Many people have this misconception that whenever you play with the National Team you have to always play other countries, right? Wrong. Sometimes, yes, we do get to play other countries, but during training camps it is mostly common to play against younger boys teams. My friends laughed at me when I told them that we lost to a U16 boy’s team because we’re so much older than them. Let me just say this: when I was an 8 or 9 years old girl, I refused to let people tell me that boys were faster or stronger than me. After years of constant defeat by younger boys teams, I have painfully accepted that boys of a certain age are admittedly a little faster and stronger than girls of the same age. Back to the point though, scrimmaging them is very helpful for our development! When I was younger I always played with the boys. It helped improve my speed of play, my ability to protect the ball when I have it in my control, and standing tall at 5”3, it helped toughen me up a little bit. Needless to say, the IMG U17 boys beat us up, finishing off the game at 4-0. We put up a solid fight though, especially with it being our first time playing together as a group. By reviewing the game film (sorry you had to watch it twice Coach), our weaknesses were exposed and the coaching staff had a good idea of what types of things we need to work on in order to get better.

So, this whole “boys being better than girls” issue begs a question. Why is it that in some sports (track and field, marathon running, probably others that I am leaving out) the gap between male and female competitors is small? Where as in a sport such as soccer that requires a different dimension of strength, size and speed, the gap is larger? Title IX was passed in 1972, which allowed for females and males to have equal opportunities. Before this, however, males were already very far ahead of the curve given the early opportunities they were given for competition and development. In my opinion, males have an evolutionary advantage in their muscle development and their fast twitch muscle fibers. It is clear that over the years, even male soccer is continuing to grow faster in terms of speed of play and overall physical condition of the athletes. Consequently, the female game is also continuing to grow at a similar rate. I have noticed over the years that the starting age of club teams and training camps are younger than in years past. Both boys and girls are having incredible opportunities at such young ages, it is no wonder that in 10 years both the male and female games will be faster paced than they are today! Don’t count us out though! Us women are definitely catching up to the men. Playing boys of a younger age than us just helps us bridge that gap a little quicker!

Well, Sarasota, FL is now checked off my list, and next up is hopefully an international trip to a top-secret location. Check back in and I’ll tell you all about it!