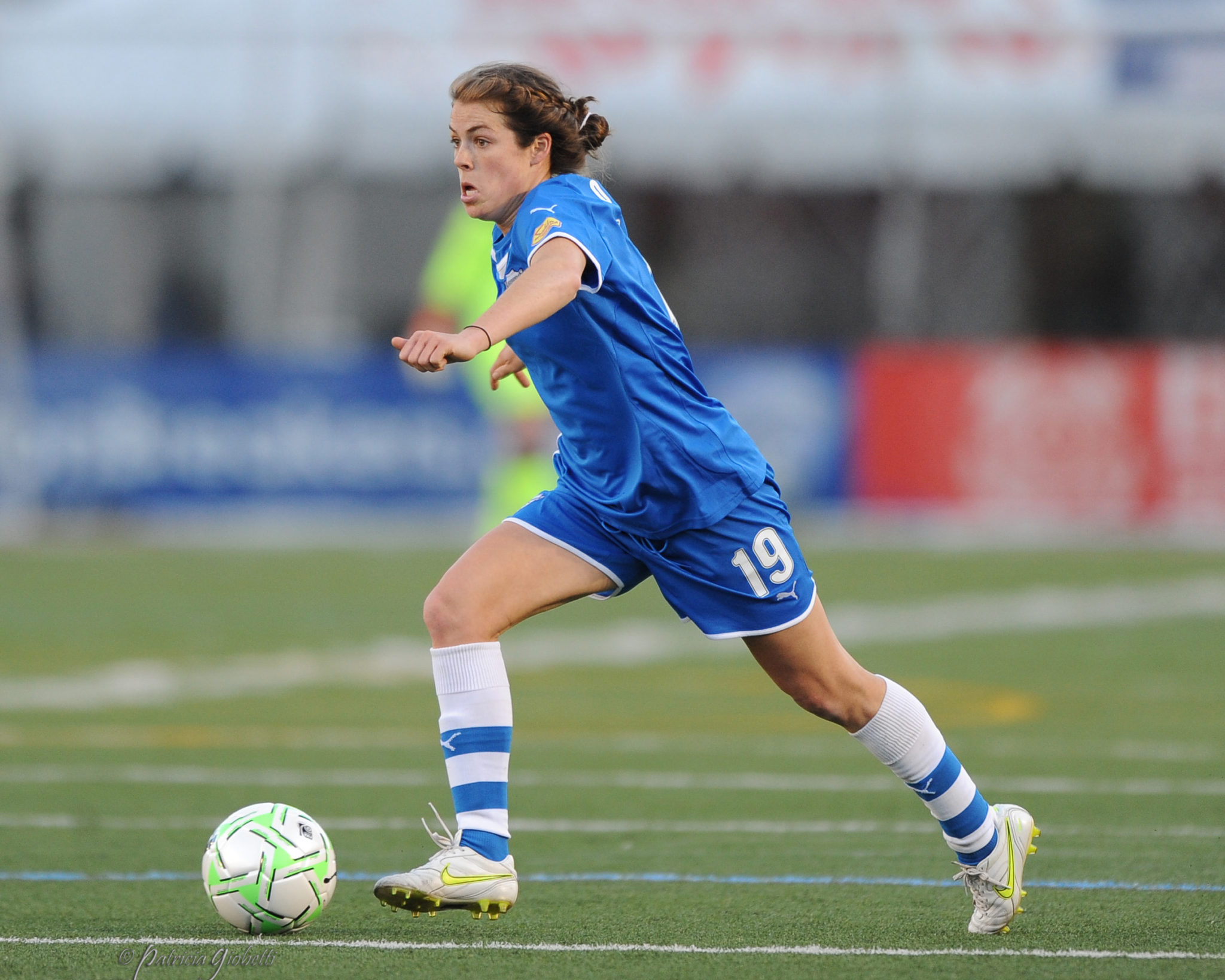 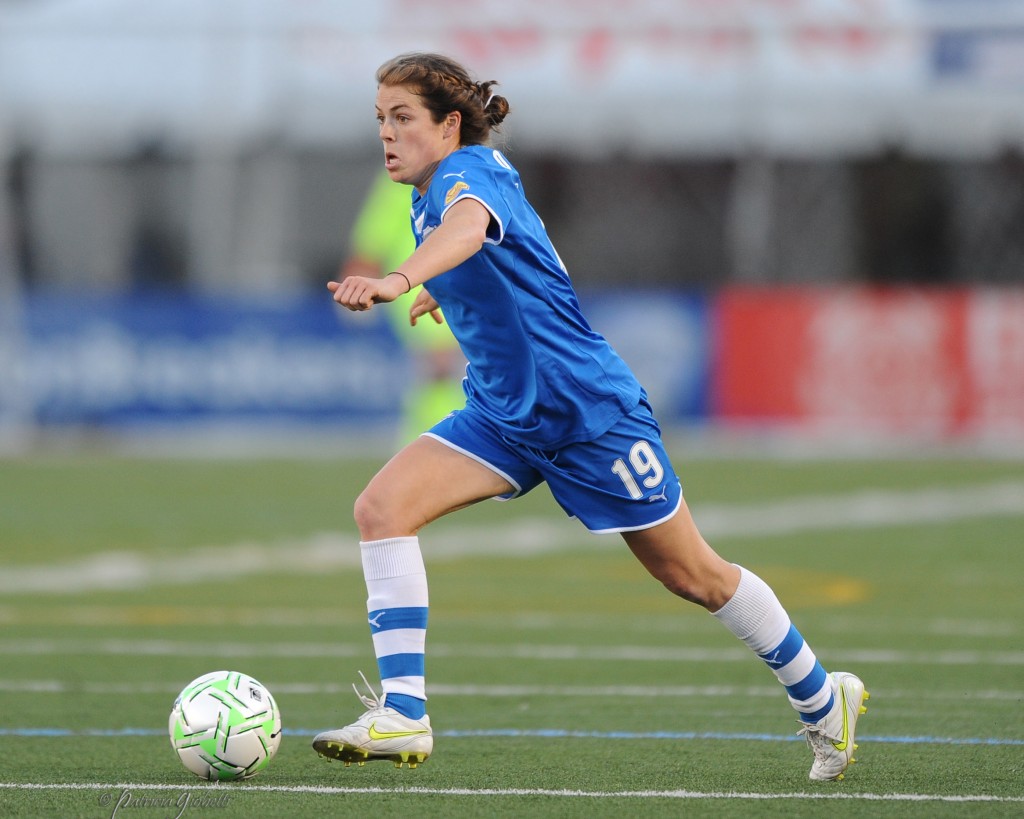 U.S. Soccer announced Pia Sundhage’s 20 player Olympic qualifying roster on Monday and everything went pretty much as expected, with a couple of minor tweaks.

Nineteen of the 21 players who went to Germany for the 2011 World Cup made their way to Vancouver, B.C., on Monday for the CONCACAF Olympic qualifying tournament that will take place at BC Place from Jan. 19-29. Defender Stephanie Cox and goalkeeper Jill Loyden are the only two players who went to Germany but will not go to Vancouver. Forward Sydney Leroux, who was drafted No. 1-overall at Friday’s WPS Draft, is the sole new face on the team.

So, it’s business as usual for the U.S. women. Loyden’s omission was expected since conventional wisdom says only two goalkeepers will be taken on a 20 player roster. It’s clear that Nicole Barnhart will be Hope Solo’s back-up in August, should the team qualify to play in the London Games.

Cox being dropped from the team is a mild surprise. Most felt the 2011 World Cup roster, minus Loyden, would head to Vancouver. Leroux’s addition likely has some sentimental background. Sure, she’s a good forward looked at as part of the future for the U.S., but she is also a Vancouver native who played in Canada’s youth system before declaring herself a U.S. international (she holds dual citizenship).

Sundhage knows these kinds of things inspire players to elevate their games and it could lead to a few good – if not inspiring – minutes off the bench from Leroux in Vancouver.

But to speak of Leroux as the only change would overlook to subtle but critical pieces of U.S. Soccer’s press release about the team selection. Kelley O’Hara is being used by Sundhage as a left back. This is the same O’Hara who won every award under the sun – including the 2009 MAC Hermann Trophy – and tallied 146 points (87 goals) in four years at Stanford as a forward.

She could solve the left back problem for the U.S., which relied on the out of position Amy LePeilbet to fill the open role during the 2011 World Cup. LePeilbet has always made a far better center back than outside back and Cox seemingly is not in Sundhage’s plans.

O’Hara, however, could add a new dynamic the U.S. at left back with an attacking style that would create dynamic, overlapping play. Ali Krieger already provides that at right back, but left back has been a weakness for the Americans.

The U.S. has been working on a change in both formation and approach to its play, with a 4-3-3 formation looking like the immediate future for Sundhage’s squad. That is ideal for O’Hara playing left back, who is better suited to attack up the flank from deep positions than to be a stay-at-home defender. A 4-3-3 also lends well to Lauren Cheney finding more time in the line-up. Cheney had a breakout tournament in Germany as a hybrid midfielder-forward and is versatile enough to play anywhere in the front six.

Interestingly, Amy Rodriguez is listed as a midfielder. She has at times played in that withdrawn wide position and done alright. Keeping her out on the flank with her energy and pace plays to Rodriguez’s strengths more than putting the pressure on her to be a goal scorer.

“I said to Pia a long time ago that the difference between playing for the U.S. and playing for (Philadelphia Independence) is that we create five chances for Amy Rodriguez,” Philadelphia head coach Paul Riley said on Thursday. “The U.S. team creates one chance for Amy Rodgriguez and Amy’s percentage is that if you create five she’s going to score one or two.”

Vancouver could bring some change after all. Sundhage needs to start exploring new options soon. Once the dust settles on London 2012 in August, there is a changing of guard waiting as a new generation is ushered in for the U.S. women. Vancouver might not be the best place to do that, though – the U.S. has not qualified for the Olympics yet.

Fans can check out all three of the U.S. women’s group games and the semifinal on Universal Sports Network and UniversalSports.com. The final will be aired on NBC Sports Network on Jan. 29 at 8 p.m. ET. Veteran play-by-play man Glen Davis and former U.S. star Brandi Chastain will call the games.

Each broadcast will feature pre-game, post-game and halftime analysis with interviews of Sundhage and players. Here is the full English broadcast schedule (all games also on Telemundo):

Only the two finalists qualify for the 2012 Olympics. The top two teams from each group advance to the semifinals, with the winners of the semifinal matches advancing to the final and to London. The United States is in Group B with the Dominican Republic, Guatemala and Mexico. Group A features Canada, Costa Rica, Cuba and Haiti.