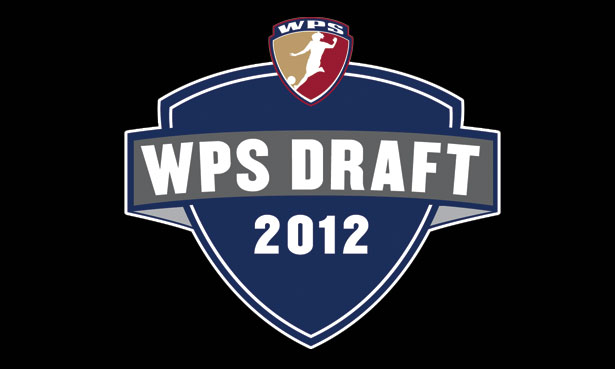 It is nearly draft day again, and Women’s Professional Soccer teams are ready to build their rosters with young, up and coming (and relatively inexpensive) talent. The 2012 WPS Draft promises to be deeper than last year’s draft and should allow for some talented young players to become focal points of the five WPS teams. Conversely, there are fewer roster spots than ever and it will be extremely tough for late round picks to make rosters.

While this senior collegiate class has stars across the field, all the talk is about the forward position. Sydney Leroux (UCLA), Melissa Henderson (Notre Dame) and Lindsay Taylor (Stanford) are garnering all the attention, but Sarah Hagen (Wisconsin-Milwaukee) is an interesting potential draftee. She just signed a contract with Bayern Munich, but a WPS team might be smart to pick her up in hopes that she’ll be available on loan in the summer. The same can be said for midfielder Ingrid Wells (Georgetown), who recently signed with Sweden’s Göteborg FC.

It should be interesting on Friday (the 13th, nonetheless). Here’s how it all breaks down:

Needs: The Atlanta Beat have the first selection in Friday’s draft and plenty of aforementioned options. The first goal will surely be picking up one of the several forwards who could have futures with the U.S. national team, but after that Atlanta may look to add depth at midfield and defense.

What do at No. 1? It is pick your poison up top for Atlanta. Leroux looks to have the shortest track to a spot on the U.S. national team, but Henderson is highly underrated and looking for a chance to breakout. Regular time with a WPS team could provide that. Leroux has speed up top, while Henderson is more of a physical presence that could better adjust to the WPS style of play. Not to be forgotten is Taylor, who played with Beat forward Christen Press for two seasons at Stanford. The synergy that could create should not be overlooked.

“Obviously Sydney Leroux is one of – we have an extreme interest in her,” Atlanta head coach James Galanis said. “Melissa Henderson, Taylor and Ingrid Wells.”

It’s unlikely, but Galanis could throw a curveball and select the unexpected, as he did last year when he traded away the No. 3 pick on draft day and took midfielder Kylie Wright out of UCLA at No. 7. That seems unlikely with Atlanta holding the top pick and this draft having a wealth of talent.

The big question ahead of draft day is whether Atlanta will look to play a 4-4-2 or a 4-3-3 formation next season, but that may not be answered until closer to kick-off in April.

“If you play with two up top then you need – we need to get a striker that’s big and that can hold up the ball and have Press float around her,” Galanis said. “But if we play three up top then things change a little bit. You can have speedsters with skills that are up there.

Past Trends: Last year Atlanta went the route of selecting under the radar players and trading away draft picks. The Beat already traded the No. 4 pick to Sky Blue FC in exchange for the No. 10 pick and Sky Blue FC’s first round selection in 2013. With only three picks, there isn’t much trading left to be done.

Needs: A forward who can get in behind defenses with speed and depth at midfield and defense.

What to do with first pick (No. 3 overall)? With Atlanta and Sky Blue hinting at taking forwards at No. 1 and No. 2 respectively, there are a couple of ways to look at it, Boston Breakers head coach Lisa Cole said.

“I can get the third best forward out there if we all go with forwards or I can get the best midfielder, best center back, or best outside back,” she said.

Who could it be at No. 3? Leroux fits Cole’s description of needing a forward with speed and there is no hiding that. Cole describes Leroux as “probably somebody that we need, who can get behind defenses.” But Leroux could be gone by No. 3, so Cole might go the route of Taylor. Henderson likely has an even brighter future, but doesn’t fit Cole’s description of an agile forward who runs at defenses. If Boston turns away from taking a forward, maybe MAC Hermann Trophy winner Teresa Noyola could find her way to Bean Town. For being named college soccer’s top player in 2011, Noyola seems to be forgotten as a top pick in this draft with all the attention on forwards.

Boston need not rely on the draft to bring in a goal-scorer to take the load off of an aging Kelly Smith. Cole said she could look overseas for a veteran forward.

Past Trends: Cole, who served as an assistant under Tony DiCicco each of the past three years, was part of drafting some steals in the draft. The most notable later round success story is midfielder Taryn Hemmings, who Boston took with the last pick (No. 65) in the 2010 draft. Hemmings  had her team option picked up in October and has played 29 games with the team, starting 14. Jordan Angeli, who before getting injured last season was on Pia Sundhage’s national team radar, was selected No. 16-overall by Boston in 2010.

Needs: Another forward (surprise!) and maybe a midfielder. The defense, according to head coach Paul Riley, is completely set. Riley is also looking for a young goalkeeper who will likely serve as the team’s No. 3 ‘keeper. He is still searching for

What to do with first pick (No. 5)? There’s little doubt that Paul Riley will take a forward with his first selection. It’s really the team’s only major need, according to Riley, who expects to re-sign “at least 12 to 14 (players) from last year.” A good young forward could pair nicely with Tasha Kai while U.S. forward Amy Rodriguez is at the Olympics this summer.

Past Trends: Paul Riley has one announced signature tactic from his past two college drafts: Draft locally in the later rounds. The theory is that these players drafted late on will more than likely not make the roster, so it makes more since to give a local player a shot than fly somebody in from far away for two weeks only to cut them. However, Riley is yet to really find many players directly in the Philadelphia area. There was Danni Collins drafted at No. 62 in the 2010 draft, but she was also working for the team and that was more of a personal reward to give her a tryout (and a good bit of PR – I, like others, pursued the interesting story).

“There’s a couple of kids that are really good,” Riley said. “If it’s even compared to somebody else coming out of Arizona or Kansas than we’ll go with the local player.”

Riley said he is interested in a Villanova player, which would be a selection from a school within the greater Philadelphia area. He could be talking about forward Katie Ryan, who is a three-time All-BIG EAST selection and scored 12 goals in 2011. Midfielder Katy Nagy could also be an option.

Regardless of where players are from, they better be good.

“I don’t want to just put numbers on the roster,” Riley said.

Needs: A forward. No, we’re not making this up. It’s a deep draft for forwards and every team is looking for one. Sounds like a good match.

What to do at No. 2? A lot of what happens with Sky Blue FC at No. 2 will depend on what Atlanta does at No. 1. I’ll go with my hunch that Atlanta takes Sydney Leroux at No. 1 (which at this point is anyone’s guess), so that really leaves Henderson and Taylor in terms of forwards who can step in immediately. Sky Blue FC head coach Jim Gabarra has a good eye for talent and many who have similarly insightful views tell me Henderson will be the next U.S. star player, if and when she ever gets a chance with the senior national team. Henderson or not, you can bet it will be an attacking player.

“We’re probably going to go in that direction,” Gabarra said.

He added: “There’s an awful lot of forwards so it’s not a huge mistake. We’re pretty well set defensively.”

Needs: Yes, head coach Aaran Lines is looking for a forward in the draft. It’s five-for-five on teams in need of forwards. He also is looking for depth at midfield and forward.

What to do with the first pick (No. 6)? “It would be nice to have a young, hungry striker pushing the other three that we’ve got signed right now,” Lines said. “We didn’t really have that last year.

“It’s nice knowing that we have a good shot of getting that this year.”

On the surface there doesn’t seem to be much need for a striker with Canadian legend Christine Sinclair, U.S. striker Alex Morgan and rising Spanish star Adriana on the roster, but Sinclair and Morgan will miss significant time on national team duty. Putting all the pressure on Adriana to score while Morgan and Sinclair are away is a risky proposition for Lines, so there is a genuine need for a good young striker. With that said, there are still plenty of free agents on the market and, if one thing was clear with the Flash last year, it’s that players can line up anywhere on the field. Just ask McCall Zerboni, who played everywhere but goalkeeper and center back.