Predicting the 2012 role of USWNT players in WPS 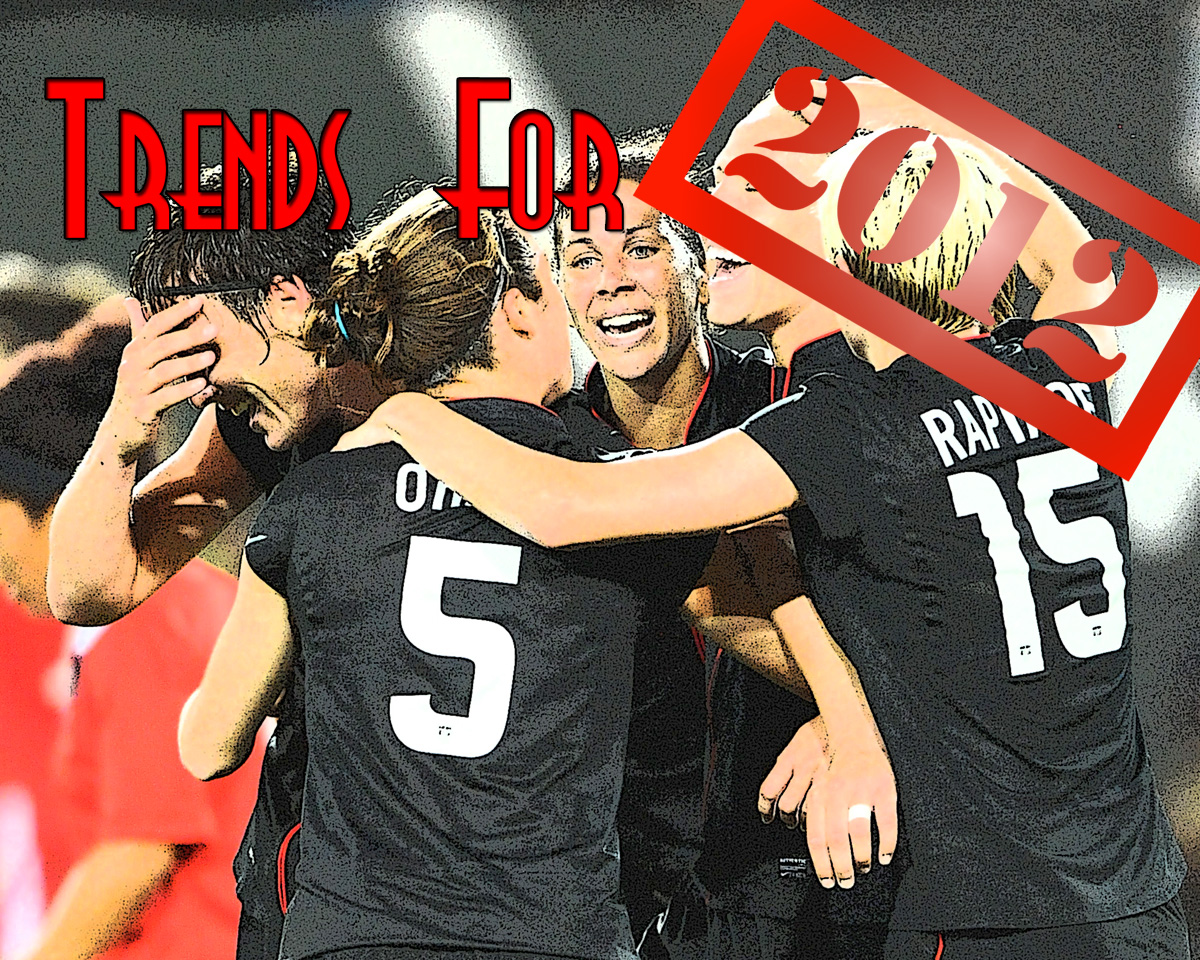 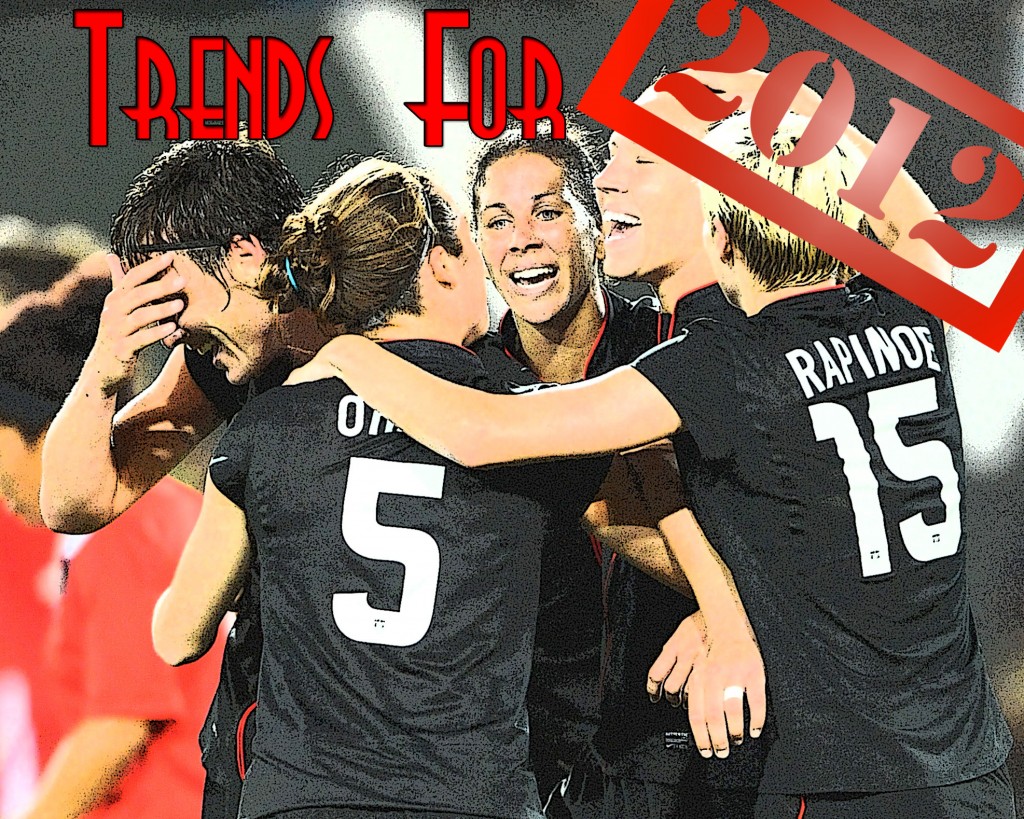 It’s the dawn of a new year and a fourth season for Women’s Professional Soccer. Somehow, despite having to terminate a team and fight for sanctioning, WPS moves into its fourth season with five teams.

Without a doubt 2011 was a historic year for women’s soccer. But what about Women’s Professional Soccer? Had it not been for the World Cup in Germany last summer, women’s soccer never would have landed in the homes of mainstream Americans. There would not be any Tweeting records set, packed bars for women’s soccer or Hope Solo on “Dancing with the Stars.”

More accurately, 2011 was the year of women’s international soccer and the U.S. women’s national team finally making a dent in the average Joe’s conscious.

Those U.S. players played relatively limited roles in WPS in 2011. U.S. Soccer and WPS were in a constant power struggle as WPS kicked off just months before the start of the World Cup. On average, most World Cup-bound players saw action in about half of their WPS team’s games. The most extreme case of a limited role was Lori Lindsey, who played just 254 minutes for the Philadelphia Independence in 2011. Kelley O’Hara was the other outlier. She played in 13 of the Boston Breakers’ 18 games, but she was a late addition to the U.S. World Cup roster.

The 2012 WPS season looks set to be 16 games per team, with about U.S. players expected to be available for nine of those competition dates. That is approximately the same number of games that U.S. World Cup players saw action in last season, but with two less games slated for 2012 it would be a slight increase in the percentage of games that they are available.

As of Thursday, only four of the 20 players who represented the United States in Germany last summer had officially signed for WPS clubs (Alex Morgan with the Western New York Flash, Becky Sauerbrunn with Sky Blue FC, O’Hara with the Atlanta Beat, Lindsey with the Flash and Heather O’Reilly with Boston).

Lessons have been learned from 2011 and both U.S. Soccer and WPS are willing to better compromise so that players can fulfill duties with both club and country. But if U.S. players miss significant training time with their clubs, they will be in similar positions to the ones they were in last season. Even when U.S. players were available for games, coaches found it hard to justify playing them without having them around for training.

It may be more accurate to look at individual cases. WPS is at an all-time low of five teams. There are not just fewer roster spots, but there is less money to go around as teams continue to slash budgets. Clubs refuse to match the higher salary standards that were set in past seasons.

That leaves the likes of Abby Wambach, Hope Solo, Shannon Boxx and Christie Rampone – just to name a few – in precarious situations. Wambach and Solo burst into mainstream America with this summer’s heroic World Cup run and thus remain the two most marketable American free agents. There are, however, no indications that either is close to a WPS deal.

All five WPS teams have their No. 1 choice goalkeepers either signed or lined up, leaving no need for Solo with a WPS team. She has over the past two years voiced her displeasure with the league via Twitter on various topics (see here and here).

Wambach could garner the highest price tag. The likely and most obvious option would be Rochester, N.Y., her hometown, with the Western New York Flash. But according to Flash head coach Aaran Lines, there is not currently anything in the works.

“Abby is probably not, at this point, on our radar,” Lines said.

“From our standpoint we are happy with where we are right now with our squad.”

And then there are Shannon Boxx, 34, and Christie Rampone, 36, two of the oldest players on the U.S. squad. Both are still key pieces to the U.S. puzzle but both could stand to avoid the constant shuffle between WPS City X and U.S. training camp that has worn down their bodies in the past.

Several indicators point to some the marquee American players taking a one year hiatus from WPS to focus on winning a third-straight Olympic Gold Medal.Wambach could rest her pesky Achilles injury, Solo would have more time to rest her shoulder and Boxx and Rampone could avoid fatigue ahead of the Olympics.

Those four of course only serve as examples of a broader dilemma that faces current U.S. national team players. Many could be without WPS teams in 2012, although it is hard to tell with the very secretive nature of negotiations and signings. It is very possible that there are unannounced deals in place already.

And there is still a belief amongst players that it is their duty – their burden, even – to help WPS succeed. When push comes to shove, that conscious may be what gets some U.S. players to sign reduced salary contracts with WPS squads in 2012.

“Trends for 2012” is a new editorial series that will examine what lies ahead for women’s soccer in the new calendar year. Check back throughout January for features on WPS, international soccer and college soccer.