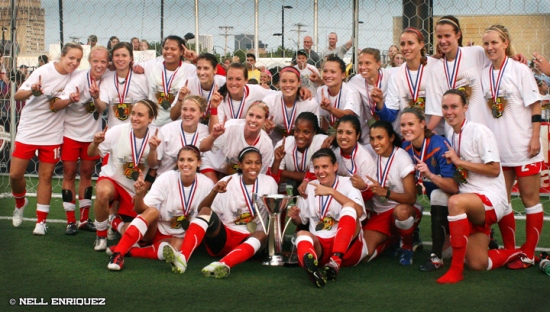 U.S. Soccer has conditionally sanctioned WPS as a Division I league for the 2012 season. Word came through Monday evening, with Beau Dure providing the official statement from U.S. Soccer:

“After a positive discussion, the U.S. Soccer Board of Directors approved a plan to sanction WPS as a Division 1 professional league in 2012, subject to certain conditions. Once the Board receives confirmation from WPS that all five teams agree to those conditions, U.S. Soccer will issue a formal announcement.”

The conditions are unclear at this time. It is also unclear as to whether or not WPS and U.S. Soccer plan to make those conditions public. A source close to the situation said that at a minimum, WPS will need six teams for 2013. One team owner called the notion that one of the conditions is a sixth team for 2012 simply “not true.”

WPS has been trumpeting a high interest from expansion teams since the World Cup ended in July and team officials recently discussed adding at least three West Coast teams in 2013 as well as franchises in Connecticut and Long Island. More details are expected on Tuesday.

Galanis: Press signing only a start, but WPS ‘on pause mode’
REPORT: USWNT drawn into Group B with Japan for 2012 Algarve Cup