Galanis: Press signing only a start, but WPS ‘on pause mode’ 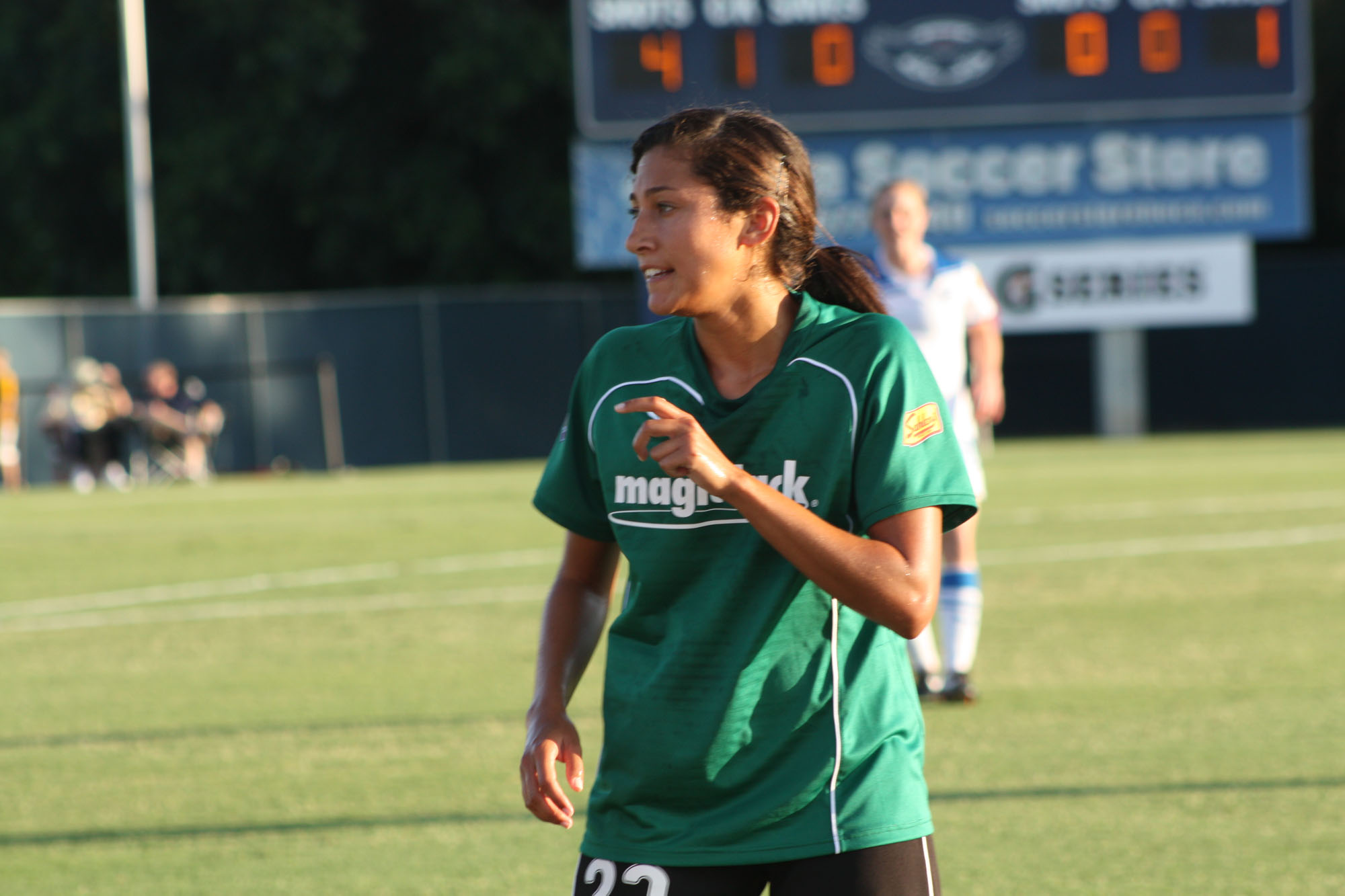 Last week the Atlanta Beat made a splash in the free agency market, signing 2011 WPS rookie of the year Christen Press.

Press scored eight goals in 2011, just two off the pace of league-leaders Marta and Christine Sinclair. She was selected fourth overall by magicJack in the 2011 WPS Draft. Ironically she makes her way to Atlanta nearly a year later. The Beat traded away the No. 3 overall pick – where Atlanta could have taken Press – on draft day.

Atlanta traded away multiple picks in the 2011 draft, but according to Galanis, the Beat own the No. 1 and No. 3 overall picks in 2012 and plan on using them, most likely on at least one forward.

That is, assuming there is a league.

It’s an unfortunate asterisk that has to be added to nearly every statement, but it’s a reality until WPS works out its sanctioning issues. Atlanta Head Coach James Galanis said he is “99 percent there with quite a few players,” but has not been able to put pen to paper on signings because of the uncertainty surrounding the league. International players are also concerned with the state of WPS.

“Until there is a clear answer that yes, we are going ahead, you can talk to players and you can plan things out, but you are not going to get any answer,” Galanis said. “That’s the problem. We’re all on pause mode. Everybody is in the same position.”

Currently Press and Angela Salem are the only players confirmed to be on Atlanta’s roster for 2012. According to Galanis, there should be more announcements to come shortly, but first there are bigger decisions to be made regarding the future of the league.

Galanis said his primary needs are two established outside midfielders, two experienced center backs and a No. 1 goalkeeper. He also has his eyes on an experienced forward to join Press and said that Atlanta will likely take a top young forward in the draft.