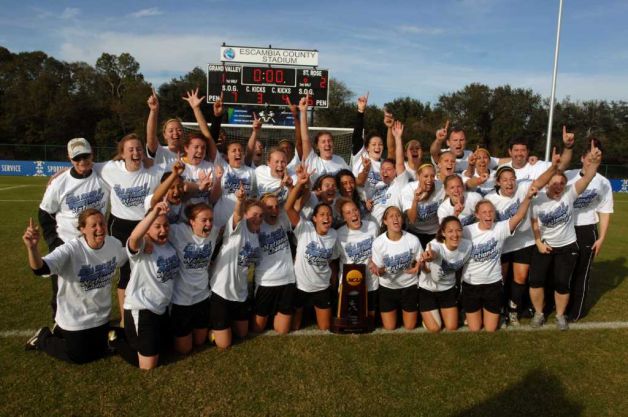 Persistence pays off. Three straight years of being agonizingly close has finally turned into reward for the College of Saint Rose.

The Golden Knights won their first-ever national championship in any sport on Saturday when their women’s soccer team defeated Grand Valley State University in the 2011 Division II championship. Carmelina Puopolo’s two goals completed the comeback for Saint Rose, which fell short in three-straight previous appearances in the final four.

Most of the first half action came from Grand Valley State’s offensive output, but the second half brought new life to Saint Rose.

Puopolo scored twice in the opening 11 minutes of the second half to lift the Golden Knights to the championship. The goal was Puopolo’s 10th game-winner of the year and her 19th of the season.