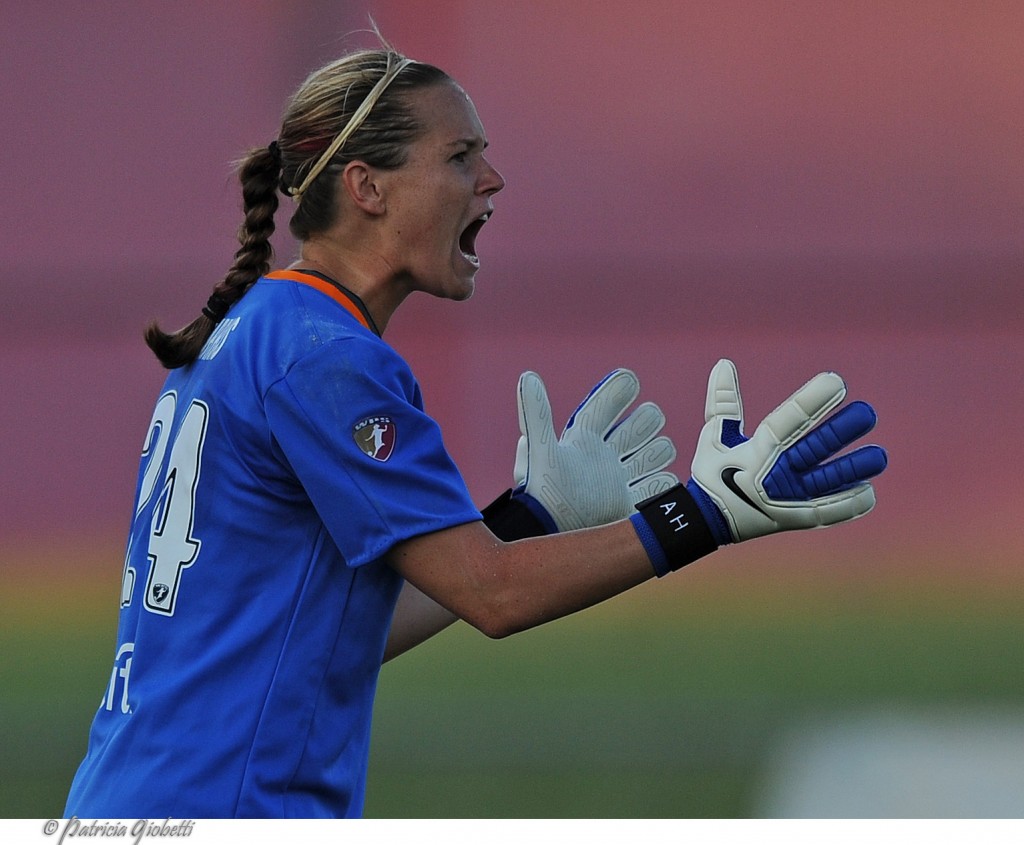 Will Ashlyn Harris make the trip to Vancouver? She is still seeking her first-ever cap with the U.S. senior national team, but has competition from three other regulars. (Photo Credit: Patricia Giobetti | http://www.printroom.com/pro/psgiobetti)

U.S. women’s national team head coach Pia Sundhage has named 31 players to the December training camp which will take place at The Home Depot Center in Carson, Calif., from Dec. 3-20.

All 21 players who participated in this summer’s FIFA World Cup, where the U.S. finished second behind Japan, are on the roster for the December training camp.

Ashlyn Harris, Henderson, Mewis, Wells and Keelin Winters are all in search of their first caps with the U.S. senior national team.

Sundhage will trim the roster from 31 players to 20 for January’s CONCACAF Olympic Qualifying Tournament in Vancouver from Jan. 19-29. Here is the full roster: