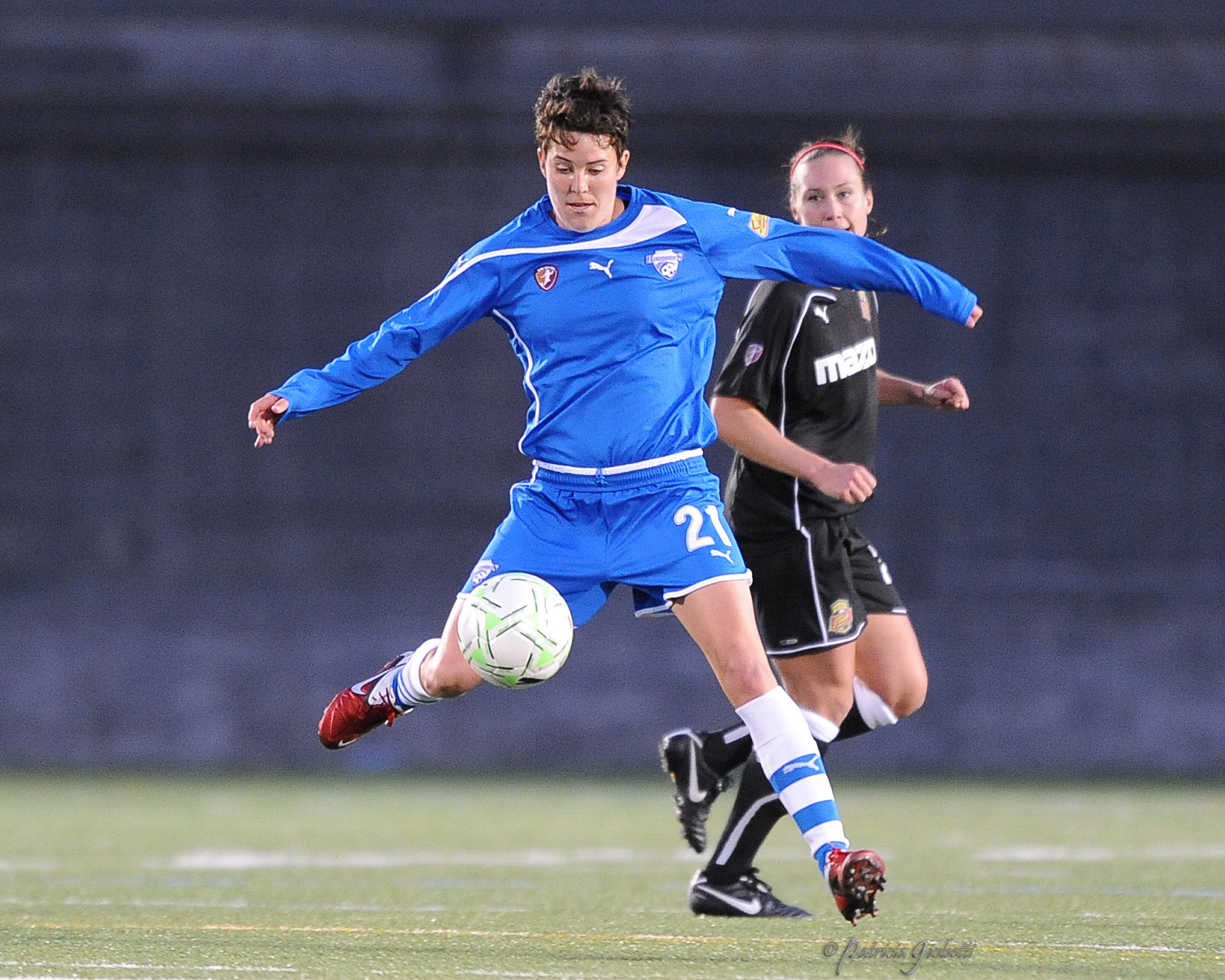 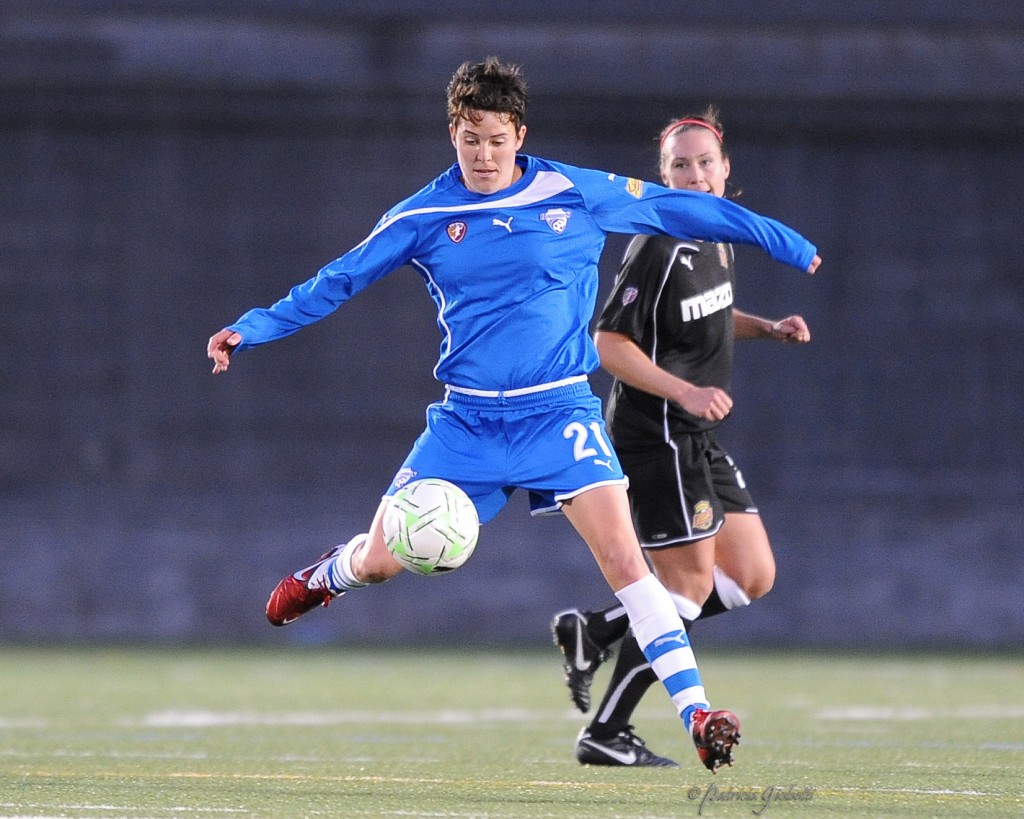 Keelin Winters (23) just completed her first-ever U.S. national team camp after a strong rookie season with the Boston Breakers. Without WPS, players like Winters may not have any avenue to break into the national team. (Photo Credit: Patricia Giobetti | www.printroom.com/pro/psgiobetti)

Women’s Professional Soccer players realize the implications of the league losing sanctioning from the United States Soccer Federation. Sunday’s introduction of a formal petition means WPS players are getting serious. And so is the situation.

WPS has less than a week to find a sixth team, an ultimatum put forth by the USSF on Nov. 20, when the federation decided to delay a decision on sanctioning the top-flight women’s soccer league until Dec. 5. USSF stipulations require a Division I women’s professional league to have at least eight teams in three different time zones. Currently, WPS has five teams that all play in the Eastern Time Zone.

League officials are hopeful that they can work out a deal to obtain USSF sanctioning with either five or six teams, but it is unclear if the USSF will budge on its demand for a sixth team. Without sanctioning, WPS risks losing its top international players and the very premise the league stands on when it claims it is ‘the best in the world.’

WPS owners have reportedly said they will play even without Division I sanctioning, possibly as a Division II league. But that would mean a league that likely would not feature any U.S. national team players or any top international talent. An unsanctioned league is not recognized by FIFA and in an Olympic year, few players would be willing to test the consequences of playing in such a league. Top players may also hesitate to play in a Division II league.

Becky Sauerbrunn is the first signature listed on the home page of the petition. Sauerbrunn played every minute for the Washington Freedom in 2009 and 2010 before finally missing some time in 2011 with magicJack due to U.S. national team call-ups and the Women’s World Cup. That success with the United States is undoubtedly a direct effect of Sauerbrunn’s stellar play in WPS.

She, along with so many other players (such as U.S. and Philadelphia Indpendence midfielder Lori Lindsey, for example), recognize the importance a professional league has on developing new national team talent. Both find themselves in the national team mix thanks to exceptional play in WPS. As part of the petition reads (unedited) regarding the U.S. World Cup team:

“Every player on the 2011 World Cup Roster has played in the WPS and benefited from the day in day out training and weekly competitive games in what has been up until now, the best women’s soccer league in the world. Some players would have never been in the National Team frame if it weren’t for the WPS. The WPS brought them the exposure and the platform that they needed to push to the forefront and represent their country at the biggest stage in world soccer. Without the support and Division 1 sanctioning of the league, the league will not be able to uphold and retain its Top domestic and National Team players as well as International Stars.”

WPS finds itself with just five teams – an all-time low – after terminating the magicJack franchise in October. It is unlikely that any potential expansion franchise could join WPS for 2012 before the Dec. 5 deadline. Several candidates are said to be ready for 2013 entry, including Connecticut, Detroit, Long Island and a handful of West Coast teams.

The legal battle surrounding magiJack is also a major point of concern for WPS. Beau Dure has more on that, including legal documents surrounding the case.