The week ahead in NCAA action: Champions to be crowned 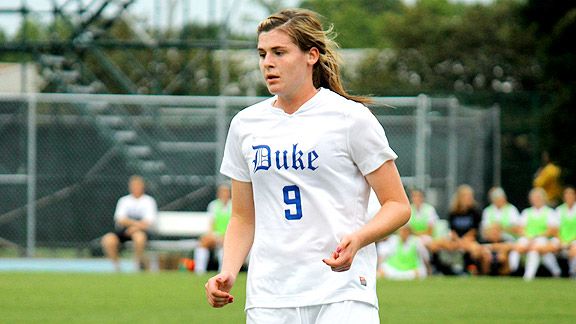 It is officially the stretch run in college soccer with all three NCAA divisions entering their respective semifinal and final rounds this weekend. All three divisions have very different themes entering the final week of play in the 2011 season.

In Division I, all four No. 1 seeds will converge upon Kennesaw, Ga. for the College Cup. It will also look very much like an Atlantic Coast Conference tournament with three of the four semifinalists coming from the ACC.

The first semifinal sees two of the country’s best programs to never have won a national championship face each other.

Stanford enters the weekend on the heels of two-straight national runner-up finishes, losing 1-0 to North Carolina in the 2009 national championship and by the same score to Notre Dame in 2010.

Florida State (18-6-1) has only once made the national championship game despite this being their fifth College Cup appearance.  In 2007 the Seminoles lost 2-0 to the University of Southern California in the final.

The second national semifinal will be feature the two less-experienced programs. Wake Forest (18-3-4) is making its first-ever trip to the College Cup

Duke (21-3-1) is returning to the College Cup for just the second time ever. The Blue Devils last found this much success in 1992 when they lost to North Carolina by a lopsided 9-1 scoreline in the national championship. The nine goals allowed remains the most ever given up in a Division I women’s soccer national championship game.

This will be the third meeting of the season between Duke and Wake Forest, with Duke prevailing 2-0 in the regular season and Wake Forest winning 2-1 in the semifinals of the ACC tournament.

The NCAA Division II final four paints a similar picture of teams expected to be there, with one exception: Cal. State Chico.

At 13-6-5, the No. 5 seed from the West Region is easily the underdog of the final four. Cal. State Chico faces the tough task of knocking off two-time defending champion and undefeated Grand Valley State (20-0-3) in the semifinal in Pensacola, Fla. on Thursday (noon, ET).

The second semifinal at 3 p.m. ET will b e a heavyweight battle between Saint Rose College (22-1-1), a No. 2 seed out of the East Region, and Armstrong Atlantic, the No. 1 seed out of the south.

Saint Rose, meanwhile, makes its fourth-straight trip to the national semifinals but is yet to ever advance to a national championship game.

The majority of Division III women’s soccer powers are concentrated in the Northeast and the national semifinals are a clear indication of that.

Friday’s first semifinal, in San Antonio, Texas, is a battle of the unbeatens as Messiah (21-0-1) takes on William-Smith (20-0-1) at noon, ET. Messiah has now qualified for the final four an unprecedented eight-straight years. Messiah (Penn.) also looks for its third national championship in four years after losing to Hardon-Simmons in last year’s final.

Friday’s match against William-Smith (NY) is a rematch of last year’s semifinal which Messiah dominated, winning 4-0.

This is also Wheaton’s sixth appearance in the final four. The Thunder’s successes have been more recent, with national championships in 2004, 2006 and 2007 and a second place finish (a 5-0 loss to Messiah) in 2008.