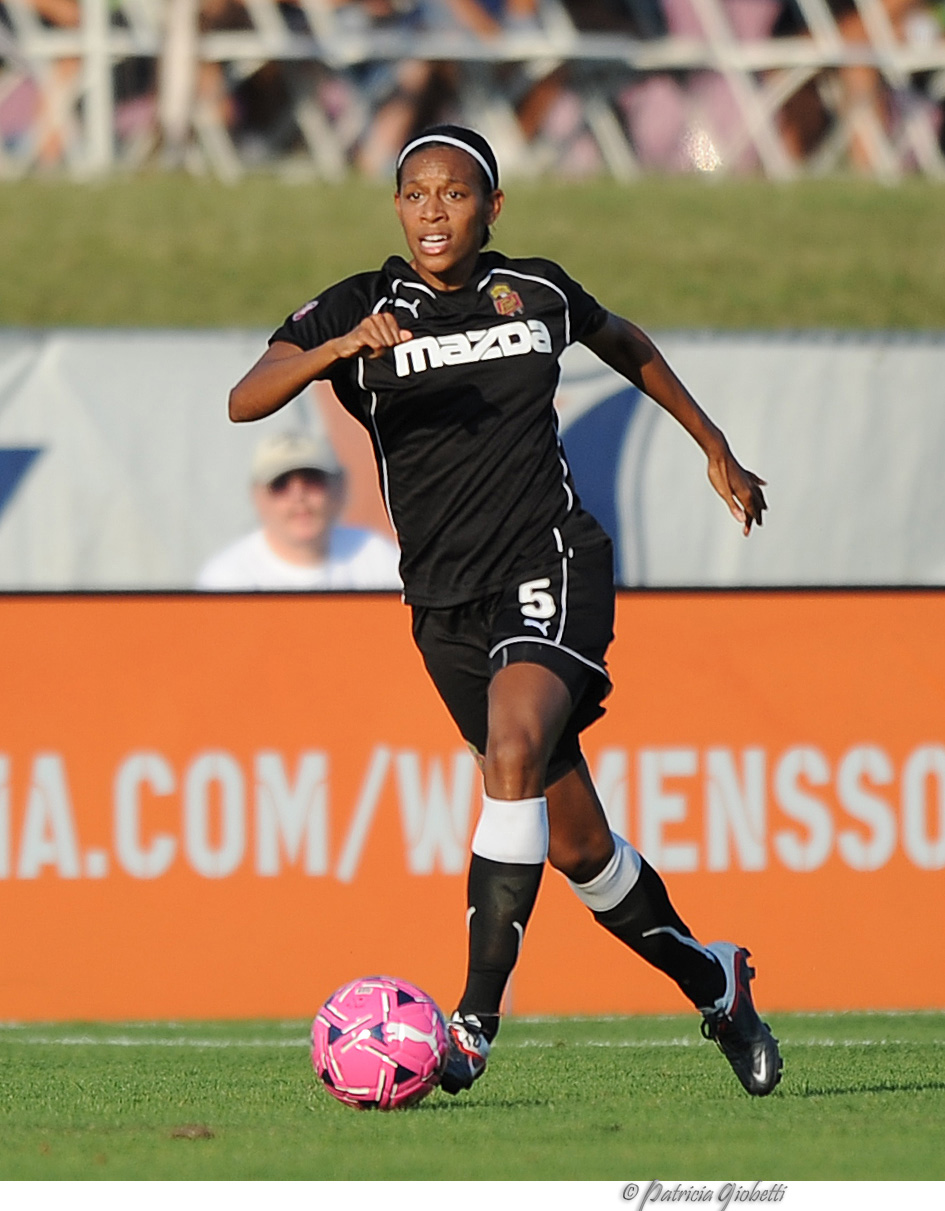 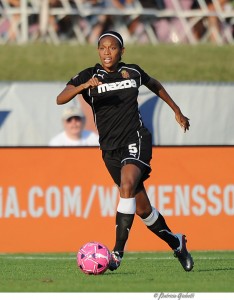 Candace Chapman is the first-ever player to be rostered on all three teams that have won WPS championships. (Photo Credit: Patricia Giobetti/http://www.printroom.com/pro/psgiobetti)

The 25-year-old Melis scored 64 goals in 63 games for Swedish Damallsvenskan LdB FC Malmö, which happens to be a partner club of Sky Blue FC. She also has 40 goals in 83 caps for the Netherlands.

“We think Manon will be one of the fastest forwards in WPS, and that is basically a requirement in this league because the defenses are so quick and physical,” Sky Blue FC head coach Jim Gabarra said. “We expect her to be a goal scorer at this level, and she has a proven track record of doing that in the Swedish league and with her national team.”

LeBlanc’s arrival in New Jersey should bring the former LA Sol, Philadelphia Independence and magicJack goalkeeper her first significant minutes since 2010. LeBlanc played just 90 minutes in 2011 in a 2-1 magicJack victory over Philadelphia on August 14. She joined magicJack following the 2011 Women’s World Cup, where Canada finished last.

LeBlanc is also familiar with New Jersey. In 2005, she helped the New Jersey Wildcats win the USL W-League title.

“We are very excited to have Karina come back to New Jersey,” Gabarra said. “She is a very flamboyant and experienced goalkeeper who will bring a lot of leadership to the field in terms of motivation. She will be a great addition for us in goal, as well as personality-wise.”

Chapman joins Sky Blue FC following two-straight championships. She anchored FC Gold Pride to the WPS title in 2010 and guided the Western New York Flash to a championship in 2011. By joining 2009 WPS champion Sky Blue FC, Chapman becomes the first-ever player to have been rostered on all three teams.

The recent addition of Emma Hayes to the Sky Blue FC coaching staff was a clear factor in Chapman joining the team. Hayes served as a technical consultant with the Flash in 2011.

“I recruited Candace for the Flash and am delighted to bring her to Sky Blue FC,” Hayes said. “She is quick, tough and has great leadership. Jim and I are building this team from the back, and we are delighted to have a world class center back.”