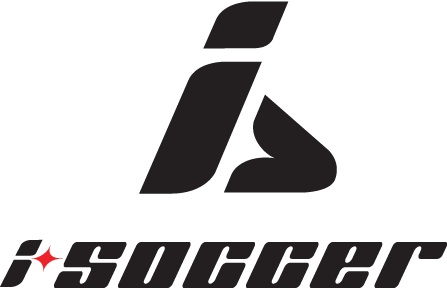 It comes as no surprise in today’s Internet-driven world that soccer training has found a credible online home. Former Stanford University soccer player Scott Leber founded iSoccer.org in 2008 and it is quickly making a name for itself in the world of online technical training and assessment.

Former WPS Commissioner Tonya Antonucci recently joined the company’s board of directors and the product and concepts, which you can find out more about below, are used by over 200 youth clubs as well as soccer organizations across the country.

Some of the top collegiate women’s soccer teams have even taken notice, with North Carolina, Stanford, Notre Dame and Cal-Berkeley serving as initial participants. Check out what Leber had to say about iSoccer.org, which is based in the Bay Area, close to the highly innovative Silicon Valley in California.

Jeff Kassouf: Tell me about iSoccer in your own words.

JK: This is very innovative. How has the reception been thus far?

SL: We launched in January 2010 and I think for the first six-to-nine months, it was a lot of educating the market. You’re right, we are doing something new. But the way we are going about, for the last 12 months the reception has been unbelievable from Alaska all the way to Florida. We are getting colleges and elite teams using it all the way down to U-6 teams using it. It’s very exciting. We know that we are doing the right thing. The ability to motivate a player to spend more time with the ball and never seeing that player – and how they take that message through the Internet – we think is very powerful.

JK: You founded the company in 2008 and launched in January 2010. What went on in those two years in between?

SL: The company was founded in 2008 with the single question: Could you build a system leveraging technology that can motivate the masses? Could you build a system that could motivate hundreds of thousands of players? In 2008 and 2009 a lot of time, effort and resources went into the initial soccer initiative that we came up with to test technical ability and the video production around that as well as the platform that we built to handle hundreds of thousands of users in one ecosystem online.

JK: You have to have people who are skeptical of this when they first hear about it, right?

SL: I think with any new product you are going to get some people who really are excited about it and you are going to get some people who are skeptical about it and we have had both. We have had raving fans and we have also had people say it is hard to asses soccer players. Our response to skeptics is that we completely agree. We never created our system as a silver bullet. The intention of iSoccer was always to create a motivational system to get players to spend more time with the ball. I don’t think there is anybody in soccer that can argue that spending time with the ball alone or with your friends is bad for their development. We are just trying to build a system to do it.

JK: We live in a digital revolution. Do you find yourself ahead of the curve?

SL: I think we are trying to do something that is innovative. We are definitely first off the block at what we are trying to do. You learn as you go. Technology will transform sports just like everything else and will take over other industries and I don’t think anybody knows exactly how or why it will happen. We are trying to set the bar in technology to develop, educate, teach and motivate, but there are things we have learned in the past year that we were not aware of. There are also things that we are going to keep pushing for. We do believe that as technology becomes the norm, what you can do on those that enhances the playing experience and the training experience is the key.

JK: Are you keeping up with social media to get feedback?

SL: Yes and no. We actually have gone less on social media to begin with. We do not want to be the Facebook of soccer, because we really want to become the tool that helps players develop and spend more time with the ball. At some point we will integrate more social aspects. We have feedback tools. We have mobile support lines. We get a lot of feedback from our users of what they like and what they don’t like, but in terms of conversations we haven’t really opened that door yet because we want to stay true to what we are trying to do. There are other companies that have great conversation around soccer and we are just trying to stick to the development of the game.

JK: Tonya Antonucci just joined the iSoccer Board of Directors. Talk about how that happened.

SL: Tonya brings a lot to the table as the former commissioner of WPS but also as the former project manager of Yahoo! Sports around the World Cup. Her experience in technology and soccer is pretty amazing. So what she brings is great insight into soccer in this country but also technology. We met about eight months ago and had some high level conversations and as we got to know each other we realized that there was some high level synergy and alignment in vision in what iSoccer is trying to do in youth sports…It’s been great. She’s been on the board now a couple of months and we are very excited and fortunate to have her part of the vision of what we are trying to create.

JK: So what can a player who is new to the site and looking to use it expect when he or she goes to iSoccer.org?

SL: The first thing we ask the players and the teams to do is to take one of the 16 skills we assess – you can start as easy as one of the comfort exercises we asses or you can do all 16 – and based on those you can compare yourself to the national standard. You can look at videos to help you focus in on what you did well on or what you didn’t do as well on.

JK: How are players using these videos? Obviously they are not taking laptops to soccer fields. Where are they performing these tasks?

SL: All of our videos are downloadable to any MP3 player, so we encourage players to take it out. The great thing about iSoccer is that we ask players to perform everything they are doing at speed. The assessment is 20 seconds as fast as you can go and you have to maximize control of the ball. You are never going to create a situation that is exactly replicable. What you are trying to do is give players the tools to have the skills to perform when necessary. So when they are doing it at game speed as fast as they can, when they get to the game, they’ll have the toolbox available. So what we are really trying to do is prepare our players as much as we can from a technical standpoint so when they step on the game field they can execute when that skill was called upon.

JK: What is a typical day in the office?

SL: We have eight full-time people – a couple of engineers, a couple of what we call ‘ignition teams,’ who call clubs around the country to get them on board. We’ve been live for just under two years and we are really excited about the players, the teams, the clubs and the coaches that we are working with around the country. In terms of our revenue model we actually give a lot away for free. Players and coaches can sign up for free on our site. We believe that enough players will register for the premium subscription, which is the videos and a couple of other analytics that they are able to do. But we are trying to create a tool that has no financial barriers so that players of any background can use our system and use over 50 percent of the system for free. We believe as we grow we’ll find different ways to monetize.

JK: As the founder of iSoccer, what is an average day for you?

SL: I’m up early responding to a lot of emails. I focus a lot of time on more significant relationships. What are we doing with U.S. Club Soccer and NSCAA? Right now we’ve had great discussions with big organizations in the U.S. What are we doing with them down the road? And then just making sure that the product team is listening to the customers and that we are continuing to build a product that we are getting feedback on and making sure that it will help (players) on the field.

JK: Is this a technology you wish that you had as a player when you were growing up?

SL: I think that the short answer to that is yes. The two questions that iSoccer answers for kids is: How did I do? And how do I compare? So once you’ve taken the iSoccer assessment and see how you did individually. It doesn’t matter if you are the best player or the weakest player on the team. You can look at how you did and how you compare to other players your age. So if you are 12-year-old girl in California, you can compare yourself to the average 12-year-old scores across the entire country or in California. So we answer the fundamental question in sport: How am I doing? Am I improving and how does it compare? Some players want answers to both questions. Some only care about how they are individually doing and some of the older players really care about how they compare with other players around the country.

JK: What do coaches take from this? Can they compare players with iSoccer and figure out who is better?

SL: I think that is secondary. The No. 1 thing coaches can take away from this is, ‘how can I motivate my players to spend more time with the ball outside of practice and how can I motivate them to work harder inside practice?’ Second is to asses other players and compare players…Can you provide a system that excites players? We are firm believers that if we can motivate the base of this country – the U-14 and below – and just have more players spending time with the ball outside of practice, we are going to slowly build into a more and more technical side even at the international level. It’s going to take time. We are focused on the grassroots.