Mike Lyons: I left magicJack on my own terms 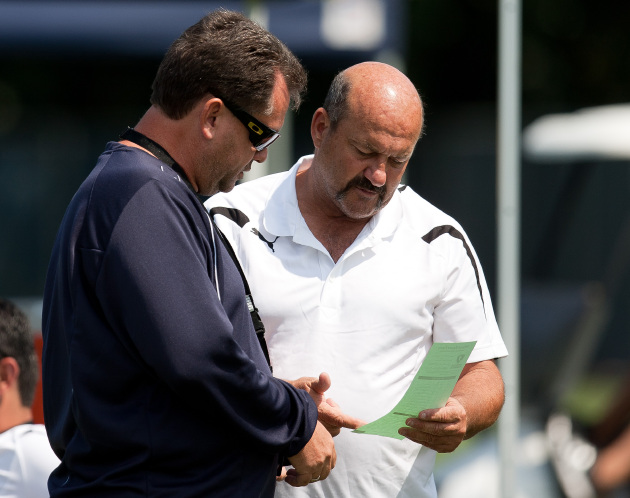 Mike Lyons, former magicJack and Sky Blue FC coach, recently shed some light on his experience with magicJack in Boca Raton, Fla. Lyons, who helped guide Sky Blue FC to the 2009 WPS title alongside player/coach Christie Rampone, coached magicJack to a 3-0-0 record to open the 2011 season before leaving the team on May 10.

The team cited Lyons’ decision as personal and family related, but with so many questions surrounding magicJack, there was speculation as to why an undefeated coach would leave the helm. One report even said Lyons was ‘re-assigned.’

However, Lyons wanted to clear the air with his first public comments since leaving Florida in May. The New Jersey-based coach said the situation was not worth missing out on time with his family.

“I told Ella (Masar) that I was going to leave as soon as the WNT players came back [during preseason],” Lyons said via email. “The soccer was substandard and had nothing to do with the soccer I demand (watch the 2009 final vs. LA Sol to see the soccer I teach). I was not about to be away from my family of six children and a wife if the situation didn’t change. I knew that it would not so I left.”

Much of the speculation over the reason Lyons left stemmed from a verbal disagreement that fans saw during magicJack’s 2-0 win over the Atlanta Beat on May 8 at Florida Atlantic University. That disagreement was with forward Abby Wambach.

Lyons said that he and Wambach often disagreed on coaching decisions and that he felt his role as head coach had been undermined.

“After I left it became clear who was running the show and, as I said, this is why they had no chance to win the WPS,” Lyons said.

Lyons said he trained the team in a 4-4-2 and a 3-5-2 formation throughout preseason and called Masar and rookie forward Christen Press a “tremendous” pairing up top. But two days before the opening match, Lyons said, owner Dan Borislow told him the team would play in a 4-3-3. Lyons wasn’t happy, but he obliged.

“Abby Wambach and Shannon Boxx weren’t starting on my sheet, both for different reasons,” Lyons said. “I felt that I had to save Shannon for the (World Cup). Again, I was told what the starting lineup would be. I realized that my job was to make Dan’s vision work on the field. Even though I didn’t agree, I would do as I was told. The soccer was very disjointed and ugly, not at all what we had previously done in preseason.”

Lyons said Borislow was good with the players and had the right to be hard on them, saying “they were given the best of everything” off the field.

“In my opinion, the players were very soft and Dan had the right to expect professionalism from them,” Lyons said.

Lyons said he was already gone by the time the player grievance was filed and does not know anything about it. The magicJack franchise was officially terminated from WPS on Oct. 25, leaving WPS with five teams.