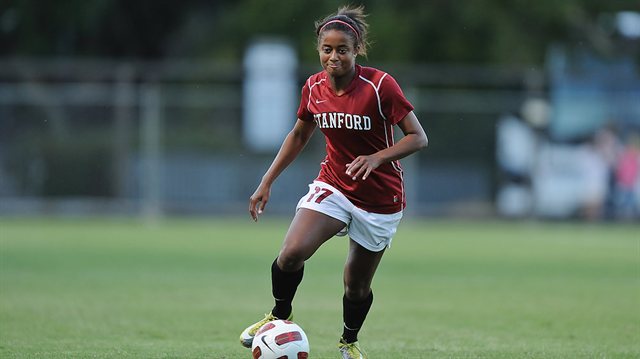 No. 1-ranked Stanford University Cardinal rolled to a 3-1 victory on the road over Arizona State in Pac-12 play and the Oklahoma State Cowgirls saw their perfect run to start the season end with a 1-1 draw against Texas in Big 12 play. Oklahoma State started the season 15-0-0 before Friday’s draw.

Stanford made it look easy in Tempe, Ariz. with a 3-1 victory over Arizona State. Lindsay Taylor put Stanford ahead 25 minutes into the game when she finished a header from six yards out on a Teresa Noyola free kick. Taylor ran through the box unmarked. Nine minutes later, forward Chioma Ubogagu doubled Stanford’s lead after a mis-clear from Arizona State defender Jasmine Roth.

In Stillwater, Okla., Texas went ahead early when Kristin Cummins finished a cross from Taylor Knaack, but Megan Marchesano’s 57th minute goal gave Oklahoma State a share of the points. Oklahoma State will not have a perfect season, but the Cowgirls are still unbeaten and 4-0-1 in Big 12 play.

No. 6 UCLA was held to a 0-0 draw on the road against Washington State

No. 15 Penn State prevailed in an absolute shootout, beating Nebraska 5-4 at home in Big Ten play