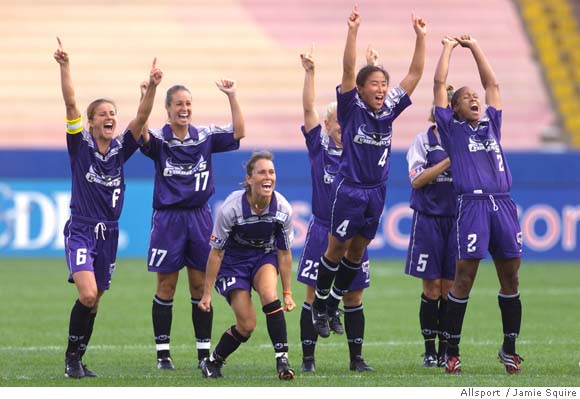 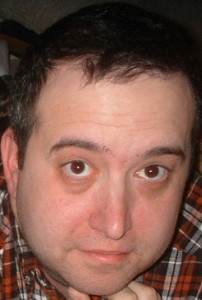 Dan Lauletta has been to all three WUSA Founders Cups and all three WPS finals.

Dan Lauletta has been to all six professional championships in American women’s soccer history. By his first-hand account, he is the only journalist other than photographer Andy Mead to have attended all three WUSA Founders Cups and all three WPS finals to date.

Lauletta recently sat down to share his experiences on the past six finals, which have taken place over the course of 10 years. He currently writes for womensprosoccer.com and contributed weekly columns to The Equalizer throughout the 2011 season.

Here is what he had to say about his favorite memories from the six professional finals, how play in WUSA and WPS compares and what he thinks needs to be done to make WPS last:

Jeff Kassouf: You have been to all six finals, the three WUSA finals and the three WPS finals. Do you have a favorite or most memorable?

Dan Lauletta: Definitely the first one, to me, is the best. I think it was the best atmosphere because they put a lot into it. There was a big huge party the night before, there was a big, huge party the day after the game, there were over 20,000 people there. It was in New England and one of the teams was from Atlanta and one was from California. So everybody came either didn’t have affiliation to those teams or some people traveled. And the game itself was a sensational soccer game. Sun Wen scored with six minutes to go and gave Atlanta the lead and Tisha Venturini tied it. Then they went to extra time and that had chances on both sides. Eventually it went to penalty kicks. The level of soccer obviously has gotten better, but I don’t think from pure excitement that there has been a game that has reached the level of the first one, either in the lead up to the game or the game itself.

JK: Why do you think that is?

DL: Honestly, I think it was one of those special games that was difficult to replicate. I think this year’s final was a very exciting match, but I think it took time to build itself up. I don’t think it was quite the same level of 2001 in Foxborough. We all know what happened with WUSA: They overspent. So that is probably why things were so lavish. Looking at those three (WUSA) finals, it started off first class and then the next year was a little bit less and then by the third year it was kind of a private awards ceremony. Not even all the other league personnel and coaches were there. Obviously then there was no more league. And now WPS, their big mantra is cost cutting. So I think in a way those who remember the ’01 final can look at that as a very, very long-term goal; as something to get to that’s a little bit more reasonably attainable. But that was probably part of their overspending. Obviously that adds to attendance and buzz. They had the trophy on display throughout the city. It was really a pretty big deal at that time.

JK: Do you see that happening again anytime soon? How long-term is that goal?

DL: I think it is pretty far away to be honest with you. The format is different now, where the home team hosts the final. That changes the whole dynamic of the final. It becomes kind of like an ‘us against them’ sort of thing as opposed to a neutral site where you can sell it as an event for weeks on end. The first couple of years (of WPS) the teams clinched real early, but this year we didn’t know until the last day where the final was even going to be. So I think WPS is still quite a ways away from that. But I think – the league doesn’t seem to want to go in this direction – but I think if you tried at some point to get the final at a neutral site or a predetermined site and try to build it up as an event during the course of the season, then I think that would be the first step toward that. But that’s a tough sell, obviously.

JK: As far as the quality of soccer, is it markedly better than it was in 2001?

DL: I think it is markedly better but I think there were some teams and players in WUSA that I don’t think we necessarily have. I think that Abby Wambach-Mia Hamm combination that played in two finals with the Freedom –I know we have Marta and (Christine) Sinclair now, who are sensational and have one two in a row – but there is something about the way that Abby and Mia played the entire field and kind of led the charge defensively from the forward position. We haven’t seen anything like that since, but I think that’s a good thing. Even though the game develops and the quality of play gets better, it’s good to have players like that, that you can look back on. Also, Hege Riise in the second final for Carolina (Courage) – if any coach wants to show a film of how to kill a game when you are in the lead, they should go back and see how Hege Riise dominated the midfield of that game in the last couple minutes when the Freedom were trying to bear down on them.

JK: Explain the story of Jen Buczkowski in the 2009 WPS final for me. She had your vote for MVP and it sounds like several other media members in attendance voted for her as well.

DL: If you were going to do a documentary of random finals occurrences, I think that is the one. Obviously Anita Asante wasn’t going to be there because she went to the Euros, so they brought in Buczkowski for I think the last two playoff games and the final. She was, to me, the best player on the field in that final in central defense. I know O’Reilly got the MVP, she scored the goal and she made a terrific defensive play – I think it was on Aya Miyama in the box – but Buczkowski was the one thwarting those attacks. Because even though Sky Blue played 11-on-10, the Sol dominated the second half of that game with 10 players. I thought Buczkowski was the most vital part of stopping that. I kind of always wondered if that was the reason she moved up because she was a high pick for the (Philadelphia) Independence in the expansion draft. She’s been in all three finals now.

JK: I know a lot of people around me thought she was the best player on the field, but in a 1-0 game the MVP is more often going to be the goal scorer or the goalkeeper. It’s pretty rare for a central defender who doesn’t score, and who nobody knows who she is, being the MVP of the game.

DL: I’ll tell you another player who I voted for who I thought was fantastic: Nel Fettig for the Courage in 2002. She played in defensive center midfield and she controlled a good portion of that game against a very, very good Freedom team. She was outstanding at reading the game and she was all over the field. She thwarted a lot of Freedom attacks. I thought she was tremendous.

JK: Any other similar memories of stories fans don’t hear about?

DL: Nancy Augustiniak was another player who was unbelievable in the ’03 final and then kind of had no choice in overtime but to take Wambach down and got sent off. Then the Freedom scored the golden goal soon after that. It was kind of like the best Freedom player and the best (Atlanta) Beat player converging in the moment that swung the game in favor of the Freedom.

There was also the Briana Scurry save on Sandra Minnert on a free kick in that same 2003 game. Jim Gabarra still talks about it now. It’s one of the best saves he has seen by any ‘keeper. I think Scurry said postgame that it was one of the best she has ever made.

JK: How have you seen the media coverage change from 2001 to now?

DL: A lot of it depends on where the final is. I think ’09 was so well attended because there is a decent number of media in the Southern California area. The media is a tough sell, because less and less places are sending people to cover games. I remember Wendy Parker from the Atlanta Journal-Constitution was at all three of the WUSA finals – the first and third because the local team was in there and the middle one because the local team was in the final. I think it always adds a little something when a writer from out of town comes in and kind of brings a flavor of that team with them. I believe in 2002 that the Washington Post was going to put the story on the 1A page if (the Freedom) had won, which they did not. I don’t know if the same thing happened in 2003. I think media coverage is a bit tough to come by. I don’t know if anybody from Philadelphia came up to Rochester, which is certainly a driveable trip. But I think that’s an area that the league needs to enhance themselves on, is to try to create ways and motivation for media to come and cover their games.

JK: WPS is now where WUSA was when it folded: At the end of its third season and trying to make it to a fourth. How does the league get to year four?

The media is very difficult, don’t get me wrong. Papers and magazines, they don’t like to cover things that they don’t think have shelf lives. But I think the league itself could do just a little bit better job of reaching out and connecting with people, because if the league doesn’t make themselves known than nobody is going to push to write stories about them. If people don’t write stories about them, then there are not going to be stories about them. I’d like to see a little bit more transparency about what goes on in the offseason. I know that is difficult, because they are trying to figure out who is in and who is out, but I would like to know who the free agents are. It’s going to keep the news cycle moving a little bit more. There has pretty much been no news out of the league since the final other than the [CEO change]. There are players in Europe and coaching. If they made that information more accessible it would keep those names around. It’s a long offseason.

Solo jives into Week 3 of DWTS
Solo, Solo, Solo…you get the idea