In WPS, change is the operative word 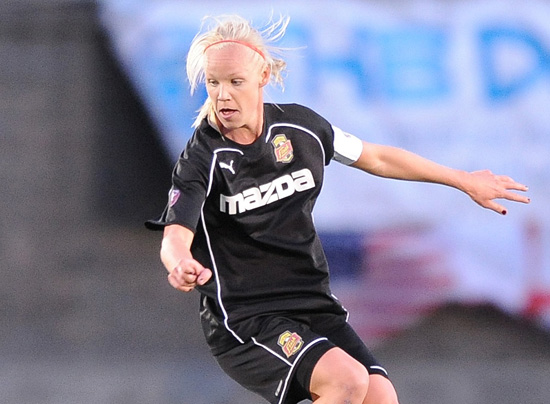 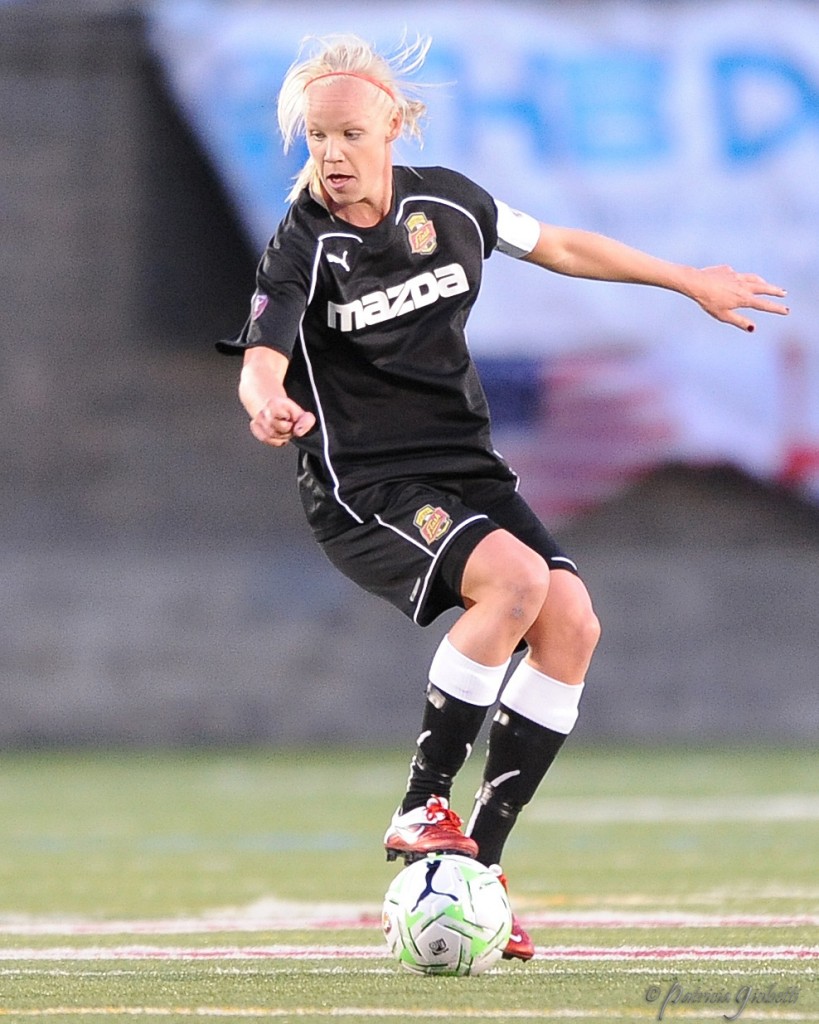 Caroline Seger is one of many players on the move this WPS offseason. (Photo: Patricia Giobetti/http://www.printroom.com/pro/psgiobetti)

Just six months before WPS kicked-off its inaugural season, FC Gold Pride replaced the Dallas as the league’s seventh team. The Bay Area team abruptly entered the league one year earlier than expected to replace a Dallas ownership group suddenly (and mysteriously) ill-prepared for the 2009 launch.

FC Gold Pride no longer exists. Neither does Saint Louis Athletica or the LA Sol. The Washington Freedom moved to Florida and rebranded as magicJack and the Chicago Red Stars no longer play at the top level.

Change is yet again the operative word entering the 2011/12 offseason, but this time there is a peculiar optimism surrounding the overhauls.

The first major announcement came on Wednesday when WPS announced that CEO Anne-Marie Eileraas will step down effective Sept. 18. The announcement comes just over a year after former league Commissioner Tonya Antonucci left her post and team owners took control of the league.

Eileraas will depart after almost one complete year as league CEO. It was certainly an eventful one.

Considerable time had to be devoted to the drawn-out public squabble with magicJack owner Dan Borislow, as noted by Jenna Pel.

The change is only beginning. Here are the hot button issues WPS faces this offseason:

This is, has been, and will for some time be the biggest topic of conversation surrounding the league’s future. All the talk of West Coast teams will have to wait, for now. Connecticut has emerged as a dark horse candidate (such late entries can go well, as noted by 2011 WPS Champion Western New York Flash).

Boston Breakers head coach Tony DiCicco is heavily involved in youth soccer in Connecticut but is said to have no involvement in the potential ownership group there, according to Philadelphia Independence owner and WPS expansion committee co-chair David Halstead.

However, should a Connecticut team become reality in 2012, it would be far from surprising to see DiCicco involved. He is, after all, one of the most well-known soccer figures in the state (and nationally).

A return to the D.C. market is also in the works from multiple interested parties. Naturally, that could mean the return of the Freedom brand. Halstead said the Freedom brand is something that will likely return to WPS eventually.

The Western frontier will have to wait until 2013, which gives WPS time to get a group of teams together. That is the only way the West Coast teams will enter the league: Together. LA and Vancouver are the front-runners, with places like Seattle and Portland being constant name-drops with little development thus far.

WPS will look to bring in somewhere between four and six West Coast teams in 2013 and essentially create two conferences to help limit travel. But 2013 is light years away. The retention of magicJack and the Boston Breakers (two very different issues) as well as potential East Coast expansion are top priorities for 2012.

Next year is of course an Olympic year, which presents challenges similar to those of this year’s World Cup. But the Olympics fall even later on the calendar. Preliminary matches begin on July 25 and the medal matches are on August 9.

Based on this year’s schedule, the gold medal match would fall on the final weekend of the WPS regular season. But the schedule will vary accordingly next year. Beau Dure has a good breakdown of the different options WPS faces.

Sources close to the situation confirmed that the league will indeed take a break following games played on the weekend of July 21, 2012 and resume play on the weekend of August 18. So, expect the season to run into mid-September, ending slightly earlier than the 2010 season.

So how available will U.S. players be next year? Jonathan Tannenwald touches on what Paul Riley said in a Wednesday conference call here. Riley only expects U.S. players to be available for eight of 20 games (both numbers are speculative but give an idea).

That brings up serious issues regarding the reliability of U.S. players. More importantly, can U.S. Soccer and WPS finally get on the same page? It’s a never ending topic, recently fueled by the fact that both Sunil Gulati and Dan Flynn skipped out on last week’s championship match, citing travel concerns due to Hurricane Irene.

So the USSF-WPS meetings that would have taken place got put off. That did not sit well with some. Rochester remained largely unaffected aside from some rain and wind. Despite travel problems that were noted around the country, many still found their way to the match from the West Coast (see league office, family members and friends).

WPS (still) just is not a priority for U.S. Soccer.

Things seem to be looking up in the sponsorship department. WPS can thank the World Cup and the U.S’ run to the final for that.

The biggest piece of the puzzle will be sorting out what to do about gear. It is now pretty widely known that Puma did not renew its deal with the league, but WPS is exploring several new options, of which Puma is one.

So things could literally look different next year. It remains to be seen which brand will be outfitting the league in 2012. A league-wide deal would be beneficial considering the amount of support Puma gave the league over the first three years. Adidas and MLS provide an example of a successful model.

Will there or will there not be one? Currently that depends on who you talk to, but the better question is, “Should there be one?”

As much as costs need to be controlled, WPS is and always has been insistent on being fully professional. That could require a league-wide minimum wage to ensure players are being paid enough.

“It’s unfair for players to be playing for six grand and eight grand,” Philadelphia Independence Head Coach Paul Riley said. “I think the floor is the more important thing and the floor needs to start at two thousand (dollars) a month, at least.”

One thing is for sure: If there is a hard cap that forces big stars to take pay cuts, expect to see a slew of migration to overseas leagues. That has already begun, as noted by Our Game Magazine. Some contracts are short term deals or loans, but others are longer lasting deals.

Caroline Seger and Veronica Boquete – two of the most entertaining midfielders in WPS – signed two year deals, respectively, overseas. Seger will play with Tyreso (Sweden) for the next two years after a brief stint with Malmo this fall.

Boquete signed with Russian side Energiya Voronezh for a reported €80,000 (about $114,000) per year. Even if that number ends up being slightly exaggerated by sources, it shows what kind of money that club can pay.

Interestingly, Paul Riley said he expects Boquete, the 2011 WPS Player of the Year, to be back with Philadelphia at some point. When and how remains to be seen, but Riley seemed confident.

Marta’s future remains uncertain as well. Her contract is up and this Brazilian report along with other interviews she has given suggests that the future is very unclear for the five-time FIFA World Player of the Year.

She probably will not make a decision on her future until early 2012, but don’t at all be surprised if Marta is not back in WPS next season. She has plenty of options and money will certainly drive a decision.

One idea WPS may have to consider is a system similar to MLS’ designated player, where a select number of players are not counted against the hard cap. A luxury tax like the one MLB implements likely wouldn’t help control spending for at least magicJack and Western New York. The talent gap could widen under such a situation.

Decisions on all of that are yet to be made. It should be one wild offseason.