Star Watch: Marta – Obviously.  Marta is the biggest star in the women’s game and she should not only bring big crowds to Northern California, but wins as well.  Marta led the league in scoring with 10 goals last year, and with Sinclair, Abily, O’Hara and Millbrett surrounding her, how could she not eclipse that in 2010?  Then again, maybe she will spread the wealth to those players.

X-Factor: Camille Abily – The French international burst onto the scene in 2009 out of relatively nowhere, but was it just a case of overachieving?  Los Angeles was willing to part ways with her (when the organization still had a choice, obviously) and it is possible that a sophomore slump could take place.  I am certainly not betting on it, but it is a possibility.  Since most of the play will run through Abily in the midfield, her ability to control the game will be critical. 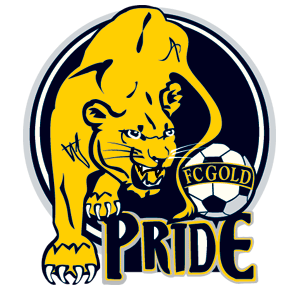 Obviously the big story here is that Marta made her way up to Northern California and will look to raise FC Gold Pride up to greatness both on and off the field.  She has been named the FIFA Women’s World Player of the Year four straight times now, and her talent (and even more so, her marketability) is unmatched by any other women’s soccer player in the world.  At FC Gold Pride, she will not only be able to feed off of the energy of Camille Abily (like in LA), but she will also have Christine Sinclair up top to provide what could be one of the best possible strike partners for Marta.  Sinclair’s ability to hold the ball up is the perfect combination for the agile skills of Marta and pure speed and work rate of Kelley O’Hara.  Sinclair can also lay the ball back to a midfield that includes Solveig Gulbrandsen, a player FC Gold Pride Head Coach Albertin Montoya is very high on.

Clearly, this is an attack-oriented team.  There is absolutely no question that FC Gold Pride will score goals, but the key will come in whether or not the team will be able to keep the ball out of its own net or simply rely on a ‘we will outscore you’ mentality.  U.S. Women’s National Team defender Rachel Buehler will be a focal point of the backline.  Montoya will need to figure out how to best use Candace Chapman, Carrie Dew and Becky Edwards, who are all capable of playing center back or in a holding midfield role, one that will need to be filled with the loss of Leslie Osborne.  This team could play any combination of a 3-5-2, 4-3-3 or 3-4-3 formation.  Time will tell which of those will best suit FC Gold Pride.