A look at the 2010 Puma kit unveiling 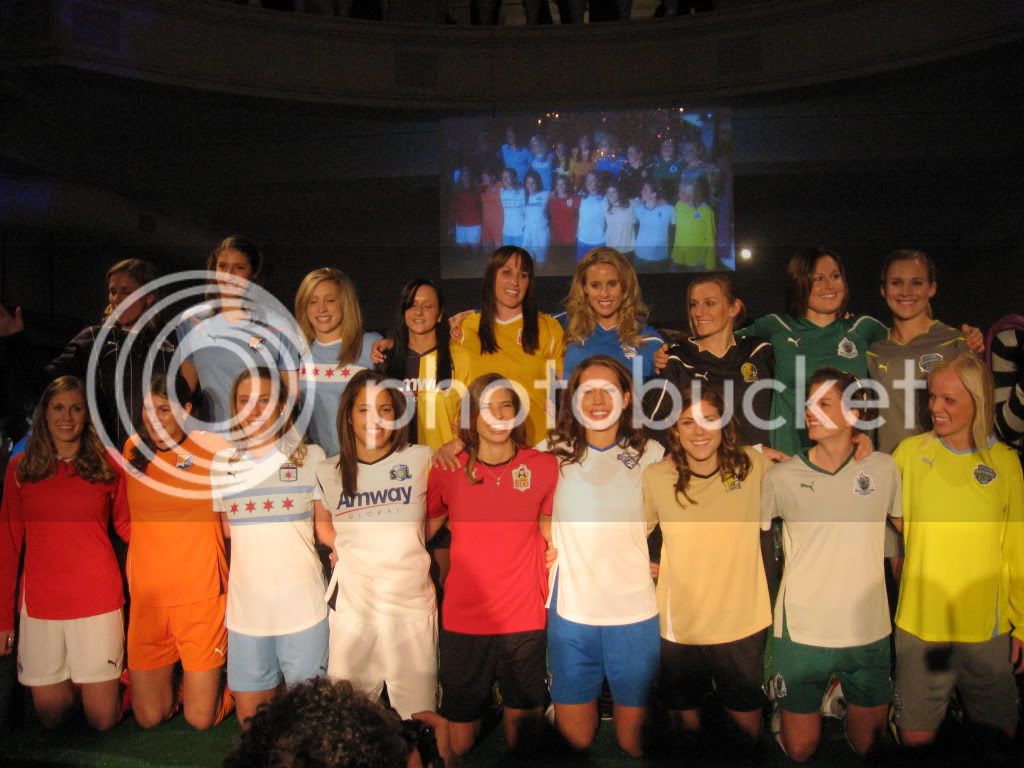 I will have more to say on this event in the coming days after the dust settles on an incredible 2010 NSCAA Convention in Philadelphia, but let me just say this: Women’s Professional Soccer is here folks.

If anybody ever needed a lesson in event management, he or she needed to be at the WPS Puma uniform unveiling on Friday to check out the next great merchandise put out by a soccer lifestyles brand that is helping develop the women’s game in the United States.

The setting was a glorious old building in downtown Philadelphia, which I am told was once the house that hosted the MTV series, “The Real World.”  That, combined with a street dance team, a great DJ and anyone who is anyone in the women’s game made for a spectacular event.

I chatted with the LA Sol’s Manya Makoski who was happy with the team’s kit.  She complimented the European style of it, and I have to agree with her.  It reminds me of some type of classic Dutch kit with the way it is split in half, and it gives the team some identity.

The Washington Freedom also rolled out something interesting, with the team’s home strip being a navy kit with white pinstripes.  Cat Whitehill was on hand to display it, and she seemed genuinely happy tobe wearing such a “classy” kit, as she called it.

Meanwhile, the Chicago Red Stars stuck with their classic rendition of the Chicago city flag and continue to have the kit that is the most in-touch with city heritage.

Overall, the event was a huge success.  There are truly some great looking kits being put out by Puma, which is committed to the women’s game.  I’ll have quite a bit more on all of this soon, but this was a really great event.  Basically, it was a big party put on by Puma to celebrate the women’s game.

Granted, there is some hesitation in the voice of excitement as we all know what happened with the WUSA.  However, I really think things are different this time and we could be looking at some wildly successful things for the future of WPS.

The cost to set-up and run such a premier event could be estimated to cost approximately $50,000.  Clearly there is a commitment to developing grassroots support like this.

Oh yea, Commissioner Tonya Antonucci seemed particularly drawn to the bright red kit that the Atlanta Beat put out for 2010.

My thoughts: I love the LA, Washington and Chicago strips, while I also think Sky Blue FC made the orange kit look really nice after taking criticism as the “creamsicles” last year.  The gray Independence kit is nice and futuristic, though I am not sold on the yellow.  Saint Louis, Boston, FC Gold Pride and Atlanta all have very basic kits that may lack a little life, but at the same time they are simple and to the point.

The only real complaints may be with the neck lines that look likestars on some of these jerseys, but Puma always tries to do something with neck lines.

Check out all of my photos from the event here.

Rogers out at LA
Keeping an eye on Daniela, Los Angeles Sol